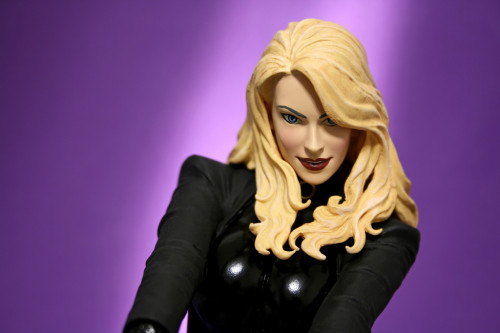 The Cover Girls of the DC Universe statue series is Adam Hughes’ latest collaboration with DC Direct, and it’s been putting out some gorgeous DC heroines, including Wonder Woman and Zatanna. Black Canary is the newest piece released, and here’s a look at how she turned out.

We talked with Adam Hughes on the Fandomania Podcast this past April about the Cover Girls of DC series, as well as about his other comic-to-statue collaborations. These full-size statues from DC Direct differ a bit from his other sculpted pieces in that they are based on and inspired by Hughes’ art, but he didn’t actually design any of these statues himself. As he mentions in our interview, sometimes this can lead to a statue looking its best from the intended art angle (as presented in the original 2D artwork) but lacking a bit when viewed from the sides or back, as those angles never were intended for viewing when he created the original drawings. 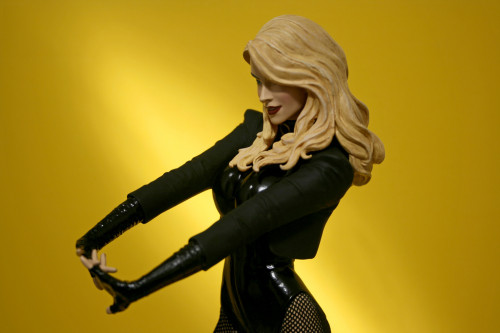 This hasn’t been a big issue with the Cover Girls of DC line to this point, and this Black Canary sculpt holds up from all angles as well. Canary, aka Dinah Lance, is presented here in her iconic pose from Adam Hughes’ variant cover to Justice League of America #6. She’s stretching her hands out in front of her and standing with one hip cocked, undoubtedly about to sock somebody in the head. The pose translates well, and the sculpt is tight and accurate. As we’ve come to expect from the previous two entries in this statue series, the paints look great as well, and it all comes together to make a beautiful collectible. 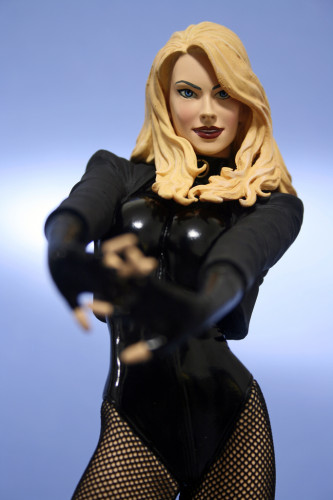 Black Canary’s trademark fishnets are made from actual fabric webbing instead of being sculpted onto the statue’s legs. This is a good choice and looks great, and this is how her legs have been represented in several previous statues, including the Women of DC bust, as well as in the Justice League Build-a-Statue series. The shading and texturing of the fishnets lends some fantastic authenticity to Canary’s costume, but her legs suffer the same problem in this statue that they have in previous versions. While the fishnets look great from the front and sides, if you check out the back of the statue you’ll find incredibly unsightly seams running down the backs of her legs. I don’t know of a way to produce the piece with authentic fabric without having seams somewhere, so hiding them in the back is probably the best of choices. It’s still unfortunate that the back of the statue has to suffer. 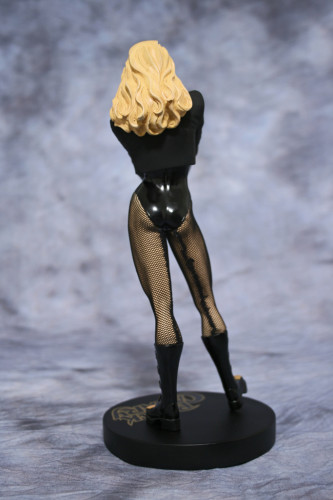 The base, onto which Black Canary plugs via pegs in one foot, is a round one with the Black Canary logo, matching the bases of the rest of the Cover Girls line. It is a nicely minimal base that helps tie the series together and looks great on display.

Aside from the fishnet seams that spoil the back view of this piece, the Black Canary statue is an awesome collectible and is a great 3D translation of Adam Hughes’ art. She’s limited to 5000 pieces and is a must-have for any collectors with even a passing interest in the character or in Hughes’ work.