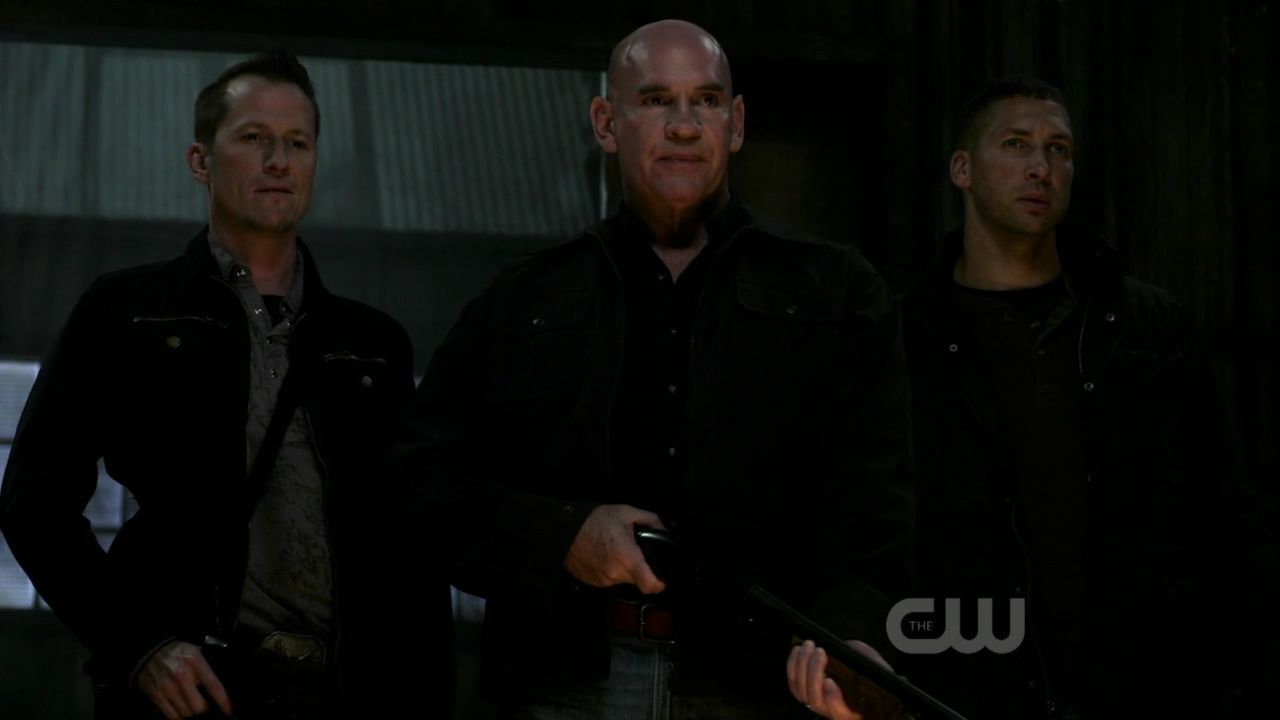 In quite a stunning turn of events, we got real answers in this episode. All those threads and plotlines that have been presented to us over the past few weeks finally tie together in a very big way. Trust the writers, they know what they’re doing. 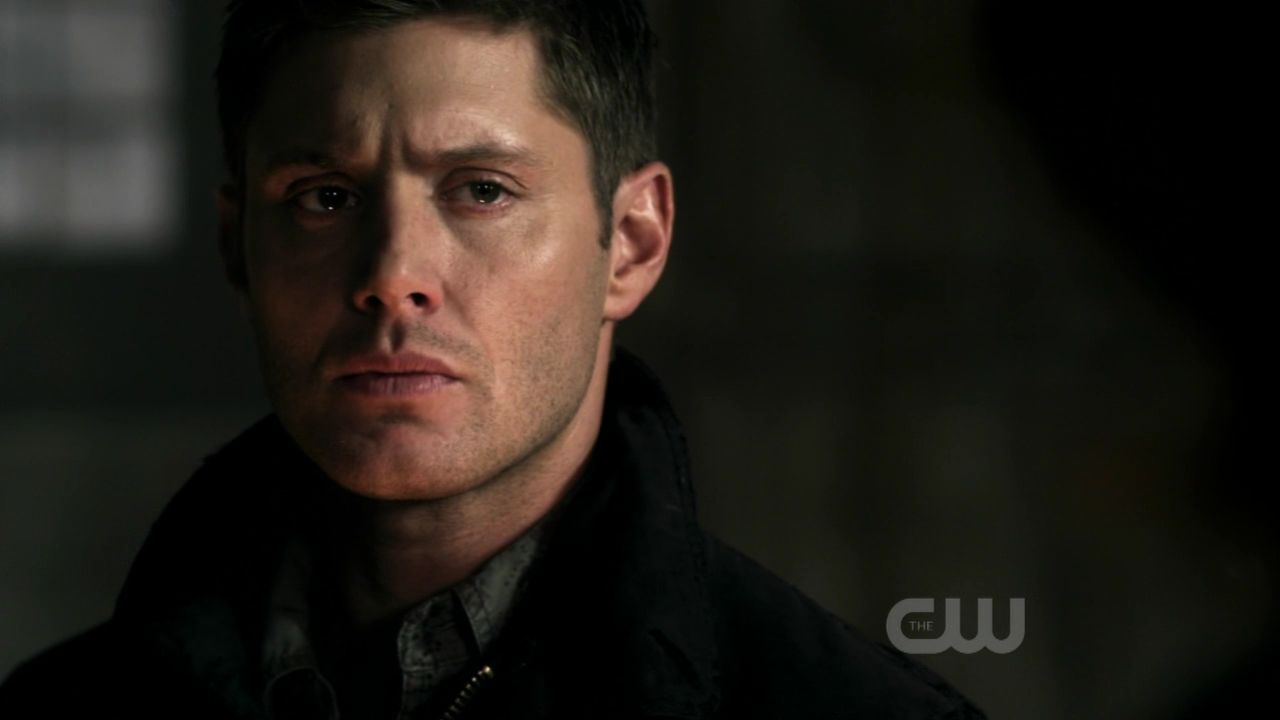 First up, we finally find out that Sammy has no soul! Well, we knew that from the promos, even if we didn’t figure it out sooner, but confirmation is always good. The question then becomes where is Sam’s soul now? Castiel seems to think it might still be stuck in the cage, which would make me tremendously sad. Dean was down there for four months, which translates into 40 Hell-years, and look how that affected him. Going by that calculation, we’re pushing 150 Hell-years on Sammy. That’s scary. Preferably his soul’s in Purgatory, where there is less torture and more waiting. But wherever it is, I hope he gets re-souled soon because he has lost his instincts, so he’s blindly trusting anyone who can help him achieve his goals. This new Sammy is intriguing me. He’s also less creepy when he’s working with Dean rather than working against him. But I’ll trust Sammy when Dean trusts him, so we’ve got a ways to go. 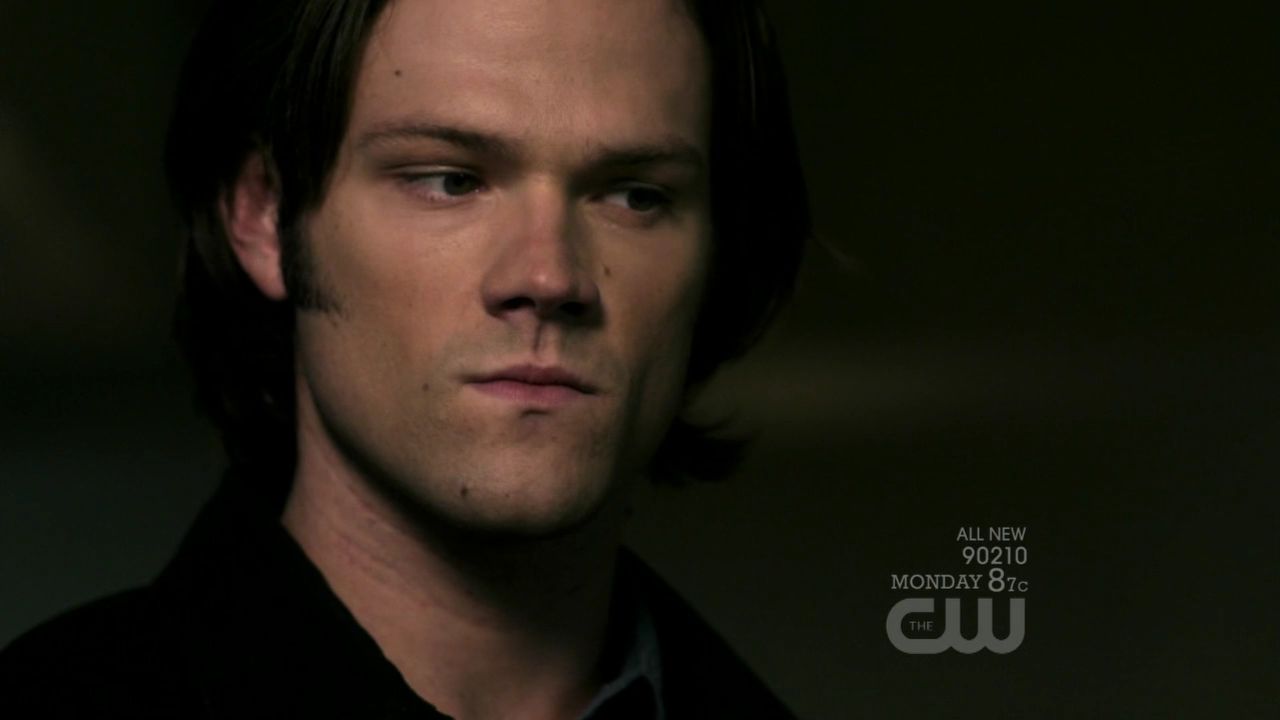 “You're stuck with the soulless guy, so you might as well work with me.”

Cas is still popping down when he can, but he’s certainly being snarky when he’s here. His little battle of wits with Grandpa was fun. The vessel may be scrawny, but his true form is as large as the Chrysler Building. I like that he’s making his true strength known more. Yes, we may be more fearful or in awe of Raphael and Uriel, but Cas isn’t a small player in all of this. His frustration at being underestimated or being taken for granted is coming out time and again. And Dean’s not immune to his sarcasm either. Cas is fighting a Heavenly civil war, but Dean seems to think the angel should be at his beck and call. Castiel’s tired of this and I’m ecstatic that he’s giving as good as he gets. 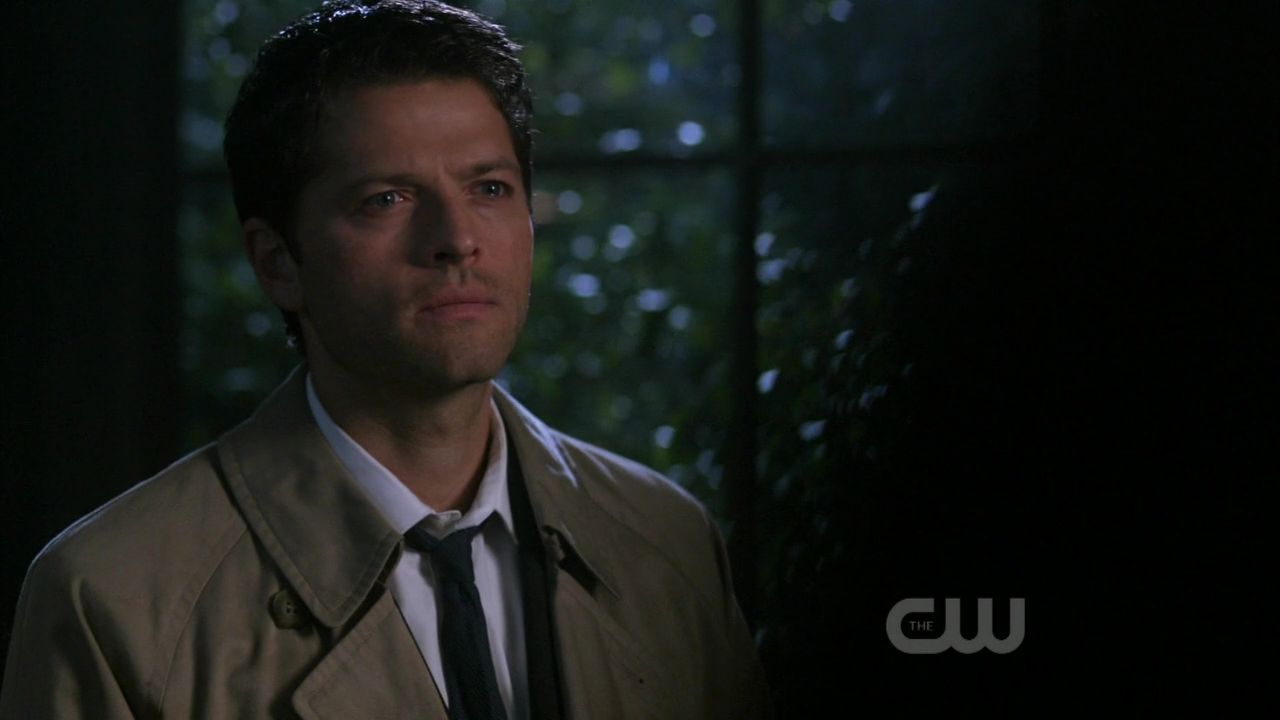 The Campbell clan got a bit more interesting. Even though it doesn’t appear that Grandpa is flat-out evil, I still don’t like him. If he has to die a heroic death, so be it, but I’d rather he and the Winchesters part ways as soon as this is over. I am left to ponder what exactly he was promised to follow through on these blind orders to gather all the Alphas he could. My prediction is that it has to do with Mary. We know she and John aren’t in Heaven and they have brought up her name quite a bit. Maybe Grandpa wants to make sure her soul is released from Purgatory and sent up to Heaven where it belongs. If that’s the case, I hope he looped John into that deal as well because they should be bound together forever. 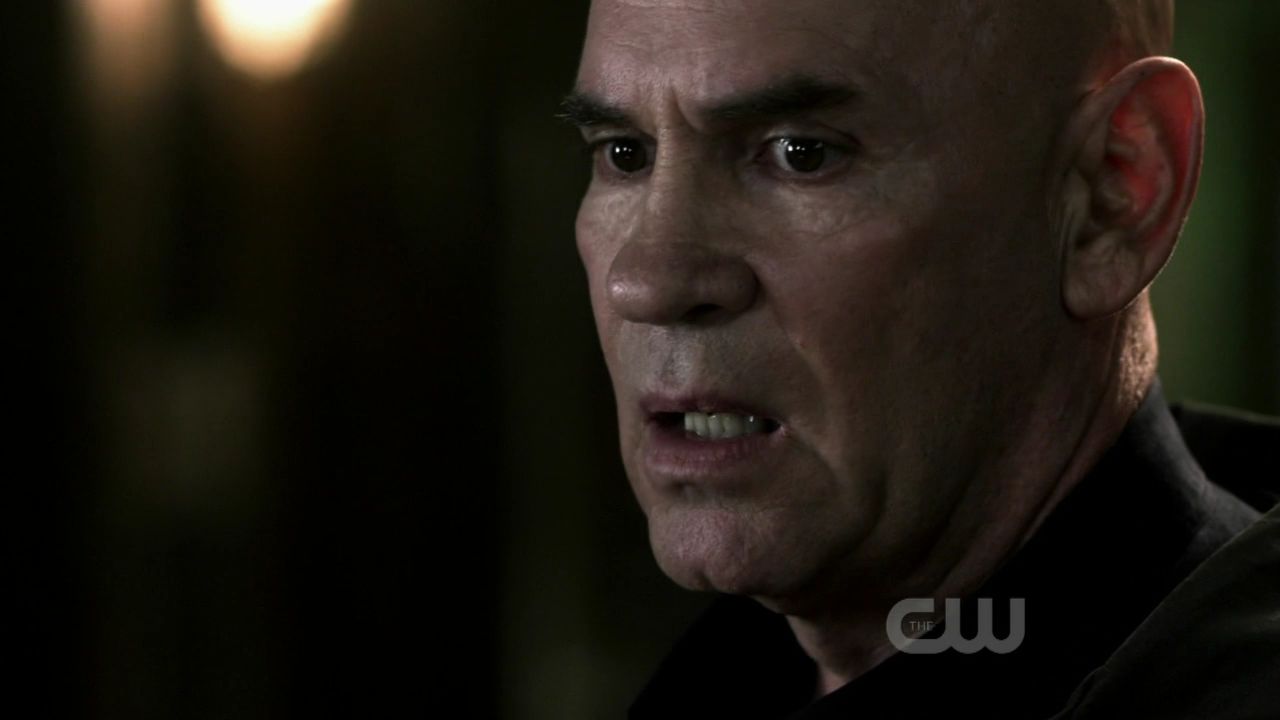 And the big, unexpected, turn of events this episode was the reveal! Who brought Sam and Grandpa back from the dead? Who is the mysterious figure that Grandpa is working for? Who knows where Sammy’s soul is? That would be my favorite demon Crowley. I’ll admit, I literally jumped for joy when he came out. He’s King of the Crossroads, now he’s King of Hell, and he’s looking to expand his property. Torture the Alphas and find out where Purgatory is because that’s a whole undeveloped area right there. And if anyone was going to be the Big Bad this season, I’m tremendously happy that it’s Crowley. As an aside, I still think the angels are tied up in this, too. As hard as it would be to break Sammy out of his cage, it would be near impossible to pull a soul down from Heaven, so I think he has an angelic partner. Whether that be Raphael, Balthazar, or dare I say Cas, I think there’s an angel/demon relationship going on. I’m eagerly awaiting how this will all play out. 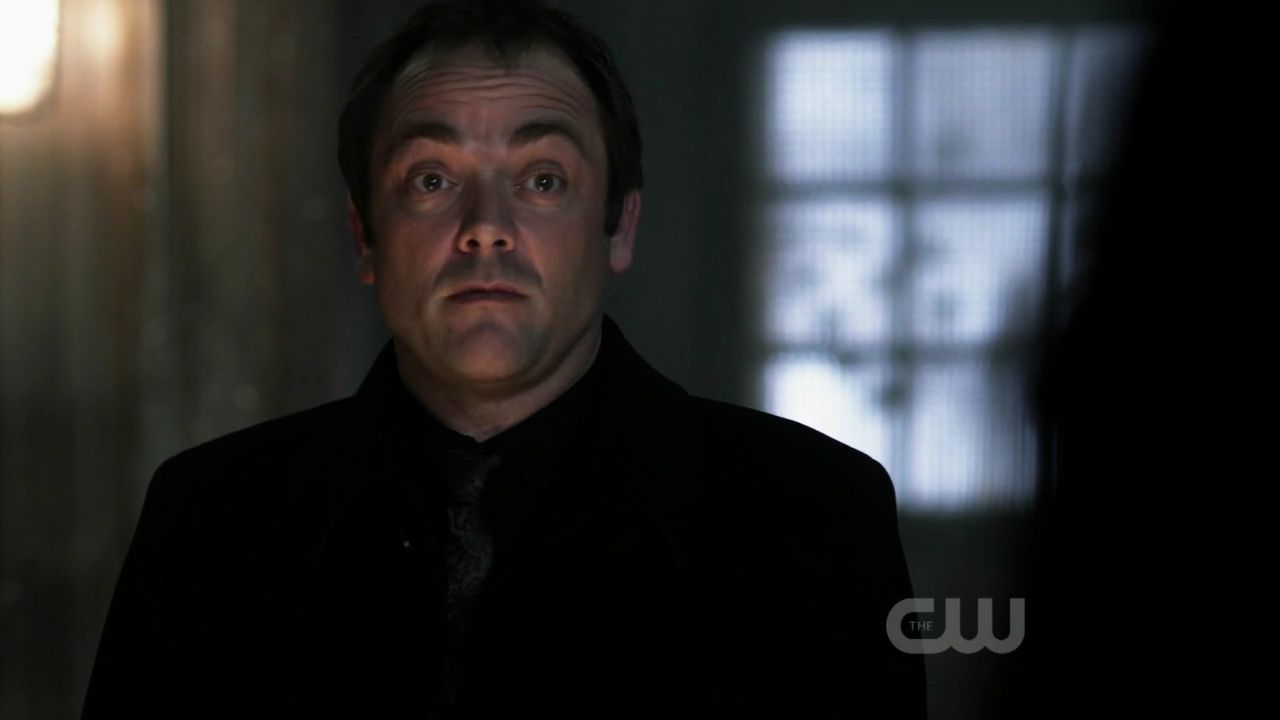 I wanted to touch on a few final odds and ends of the episode. First of all, Christian being possessed the whole time was both unexpected and a relief because I’d like to think that the real Christian wouldn’t be as much of an SOB as this Christian has been. I do hope that, even though his neck is broken now, he can pop up again from time to time to do Crowley’s bidding. And another shout-out to the Alpha Vamp. He’s both creepy and alluring at the same time. I like when the monsters have layers like this. It makes me hopeful for the Alphas that are yet to come. 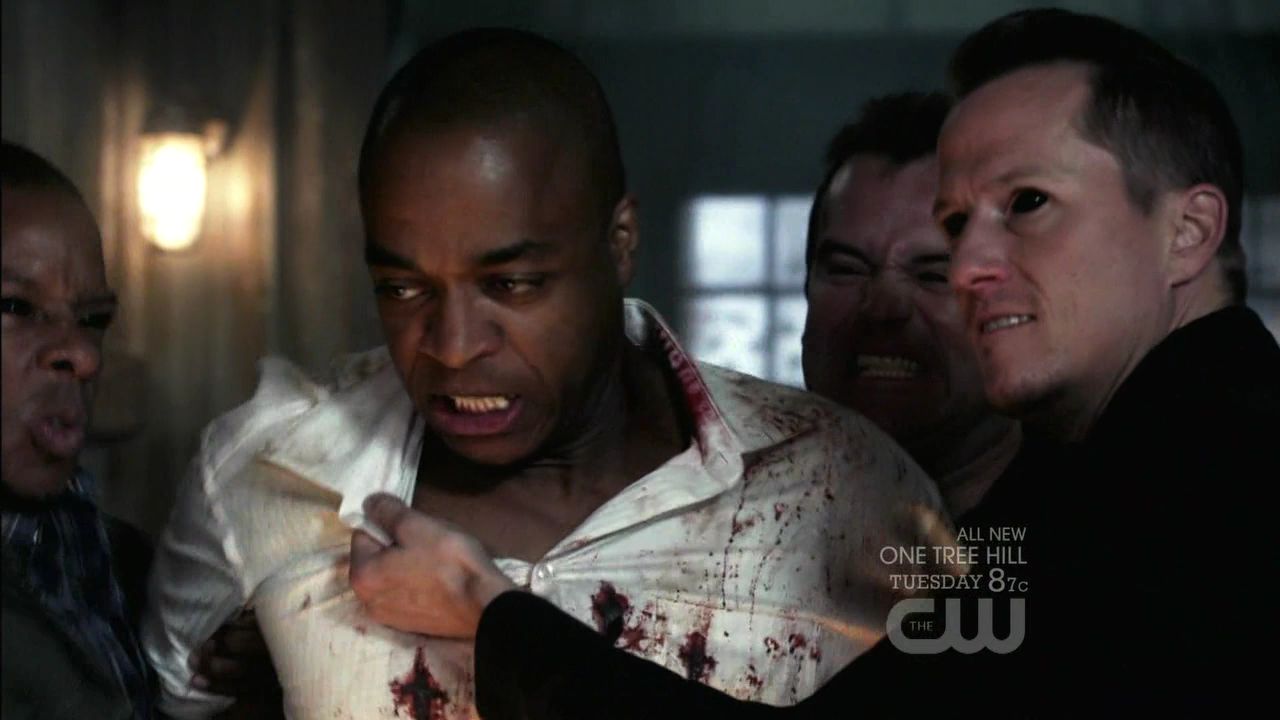 All in all, this was a solid way to close out the three-episode arc they set up. And with the number of answers we got in such a short amount of time, the whole game plan has suddenly changed. Instead of waiting the whole season for answers to our first questions, we’re instead facing whole new questions. This season is sure to be interesting!