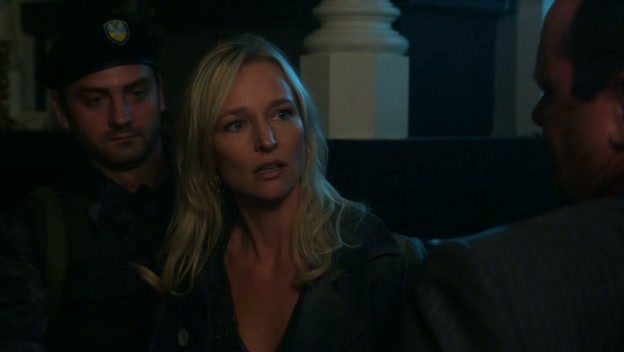 This episode sees the return of Jim “Evil Nate” Sterling and Maggie, Nate’s ex-wife. We also get to see Eliot run the show and understand why he’s not just the muscle, but also the “retrieval specialist.”

Maggie has been accused of stealing a $9 million Fabergé egg from a museum in Kiev. She was the only one there and the guards found her passed out. She was also one of the only ones who had access. In addition, she is dating Alexander Lundy (played by Matt “The Middleman” Keeslar), the owner of the egg who has loaned it to the American Embassy museum for an exhibition. Of course she didn’t do it, and Sterling is the one who actually hires the Leverage team to get her out. They’re willing to help despite hating Sterling. 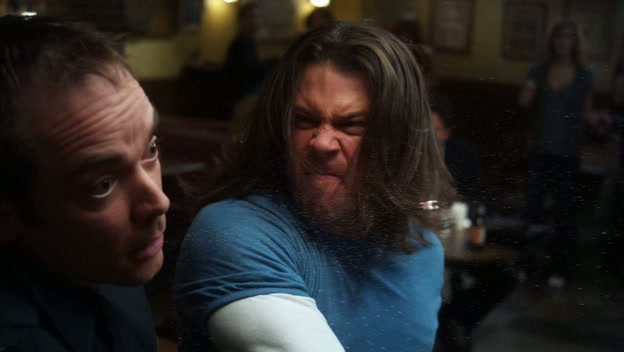 "I only use violence as an appropriate response."

First things first, though, they have to get Maggie out of jail. This will be Eliot’s job. He gets the Russian bureaucrat to release her because she’s the minister’s girlfriend. Or at least so Tara claims when the bureaucrat calls her. Who the minister is, however, is anybody’s guess, including Maggie’s.

The “Zanzibar Marketplace” of the episode title is a secret auction for the egg held in the US embassy in Kiev. The team attempts to steal the egg by first locating in, then retrieving it. Eliot and Hardison are able to find the egg, and Parker steals it with Sterling as a distraction. Unfortunately, Nate and Maggie are captured by the security guards. The rest of the team receives a phone call from an anonymous source offering a trade — the egg for Nate and Maggie. Hardison is able to determine that it’s actually Lundy on the phone. He gives them an address for the trade, and the team sets into motion. 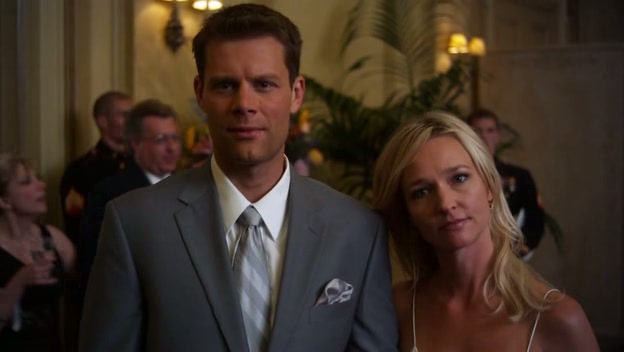 Lundy and Maggie at the Embassy party (there's always a party...)

And now the twist: it’s not actually Lundy; it’s his assistant, Sam. He’s not happy with Lundy’s financial screw-ups that have left him with no pension so he’s decided to fake his own death. When he and the Leverage team arrive at the exchange site, Sam and Eliot agree to send their trades on the elevators to each other. In addition to Nate and Maggie, however, Sam sends up a bomb.

But Eliot’s on this one — he realized who was actually behind the kidnapping earlier and so Parker actually switches out the bomb from one elevator car to the other one. Nate and Maggie are okay, and Sam gets blamed for the theft. Oh, and Sterling, for his role in the capture of Sam, gets offered a job at Interpol. “I hate this guy,” Tara says. “Now you’re part of the team,” Eliot replies. 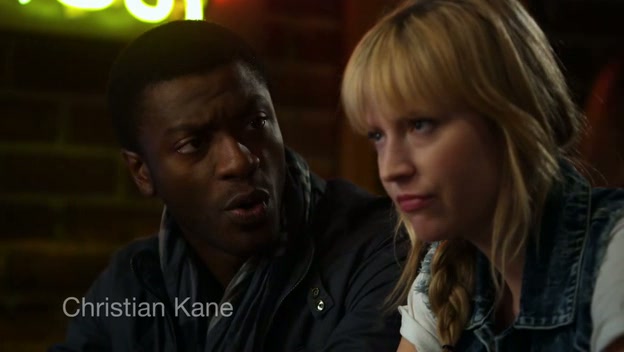 Visit Tokyo without stealing anything? Not Parker!

Wow, where to start with this one! I actually had trouble keeping up with my notes on the dialogue at the beginning, there was so much good stuff! A few highlights: Parker and Hardison are in McCrory’s pub at the beginning.

Hardison: “Two weeks in Tokyo. We’d have a great time.”
Parker: “What are we stealing?”
Hardison: “We don’t steal anything, we’d be tourists.”
Parker: “Not following you.”

And then there’s Tara asking if it’s possible if Maggie actually stole the egg, to which Parker replies, “Maggie’s the most honest person we know, but besides that she’s okay.” And it seems Parker may still have a thing for Maggie — after getting her released from custody, Parker tells her, “It’s your first time being a fugitive, so I made you a bag.” Adorable (actually, Parker is pretty hot in this one, as is Maggie — especially when they’re both at the Embassy party). 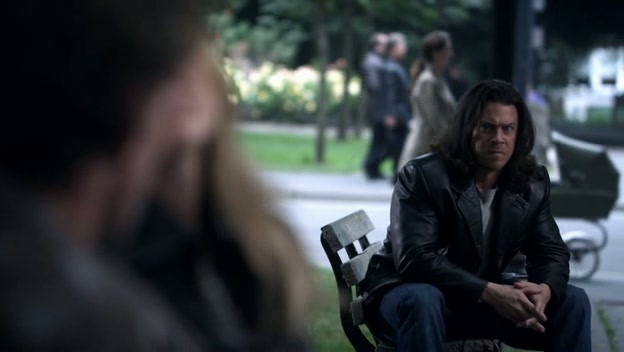 Possibly one of the best scenes, however, didn’t actually involve any dialogue at all, at least not on the part of anyone on the Leverage team. At one point, Eliot and Tara are trying to find out who has the egg. While watching Adrian Chernoff, a fence, Tara tells Eliot just to look mean, then proceeds to go sit next to Chernoff. She grabs his sandwich, and he’s immediately on the defensive. He starts giving away all kinds of things, making assumptions about who she is, about who Eliot it, and about why they are there. She never says a word, and Eliot does, indeed, just sit and look mean. It’s definitely an awesome scene, and it’s clear Tara and Eliot at least can get along.