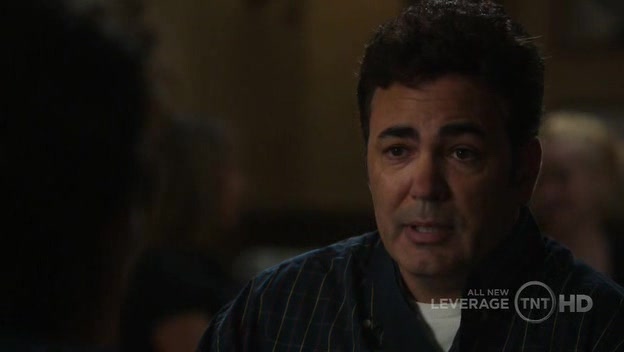 In this episode, a cop who takes a side job as a security guard for a diamond company gets blamed for the theft of a diamond shipment he was in charge of. He hires the team to clear his name so he can get his job back. 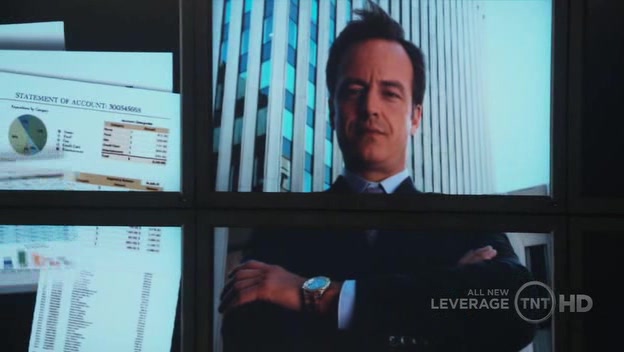 Jim Kerrity was the real insider on the robbery

The job was an inside job, but it was Jim Kerrity, the owner of the company, who set up Joey, his employee. He plans to collect the insurance money and also fence the diamonds. In order to do so, however, he has to remove the ID numbers etched on the diamonds. And it just so happens that Hardison, aka the Ice Man, has a laser to do exactly that. Unfortunately for him, he oversells the character since he’s not used to grifting (Sophie has taken a leave of absence, although everyone calls her at some point for advice), and the Russians Kerrity hired kidnap the Ice Man to get him to help them steal the diamonds. Fortunately, Parker is able to break into the vault just before Hardison, and they set everything up to seem as if Kerrity and the Russians are to blame, triggering the alarm to bring Lt. Bonanno. Joey gets his job back, and he gets a little cash courtesy of one of Kerrity’s diamonds that Hardison swapped to fool him into thinking the laser had removed the ID number. The money will help Joey to pay his medical bills for the gunshot wound he suffered in the robbery. 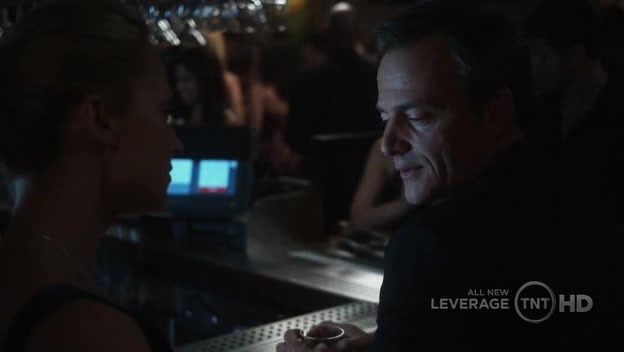 Parker ropes in the mark without stabbing him

It’s always interesting to see the characters play other roles than the ones they typically perform. In this case, it’s Parker who ropes in the mark, Kerrity. She actually manages to pull it off without stabbing him, too. She received some good advice from Sophie: “Say nothing, trust the diamond,” a mantra she repeats over and over as she approaches Kerrity. It works quite well since he recognizes it as a famous diamond. She then turns Kerrity over to her boyfriend, the Ice Man. Hardison definitely tries way too hard, claiming credit for stealing several diamonds that Parker actually did steal. I did rather enjoy his London accent, though, which was quite a bit better than other American actors I’ve heard. Nate actually plays his old self in this one, an insurance man investigating possible fraud. Interestingly, he uses the name Sterling, who of course is now his nemesis. Nice touch, I thought. 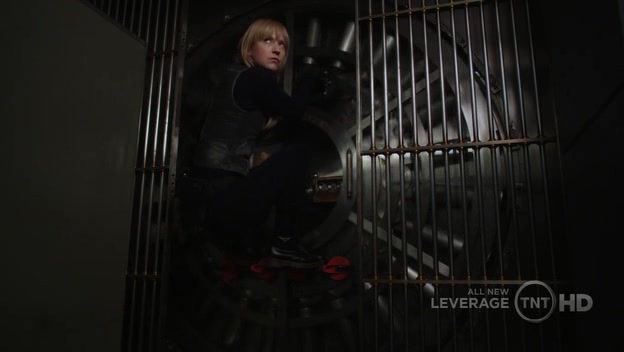 Parker proves why she's such a great thief

Probably the best scene in this episode is the scene with the break-in. We get to see Parker in action, something we don’t get to see in every episode. Having her break in to the vault followed by Hardison was rather clever, I thought. And as always things aren’t as they seem, Kerrity discovers the break-in attempt while Nate tries to distract him, and it seems he will catch Hardison in the act. But Hardison and Parker escape courtesy of Eliot blowing a hole in the floor of the vault. It seemed Parker had nowhere to hide, but she hid inside one of the bigger safety deposit boxes that Nate discovered earlier while casing the vault. It’s clear why she’s such a skilled thief.