Supernatural 7.22 – “There Will Be Blood” Review 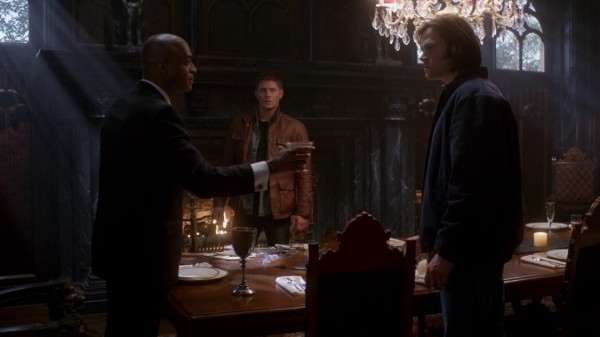 Collecting blood, running up against the Alpha vampire, and worrying about Bobby’s growing anger were all elements the Winchesters had to deal with in this week’s episode. The problem is that everything has to work together perfectly for them to save the world and their friends, else there are going to be a whole lot of casualties to this war. While I have no doubt Dean and Sam can destroy the Leviathans, I don’t think they’re coming out of this one without a few losses.

Roman’s game plan all along was to get into the food supply. It’s been a slow and calculated process, first hinted at with the whole Turducken fiasco and then growing larger over the season. Now he’s moved on from restaurants and taken over the corn syrup supply. That’s right, he’s tainted an ingredient that shows up in pretty much everything edible. The entire world is becoming filled with zombies, waiting to be fed on by the Leviathans. And the tainted corn syrup not only puts the population into a stupor, it puts a serious cramp in Dean’s food selection. This is a man who lives on road food. Chips, burgers, and pie double for his major food groups. It’s cruel and unusual punishment to take away a man’s pie! It was a nice running joke for him to have to resort to fruit and whiskey to keep him fed. I hope he can get some real food soon. 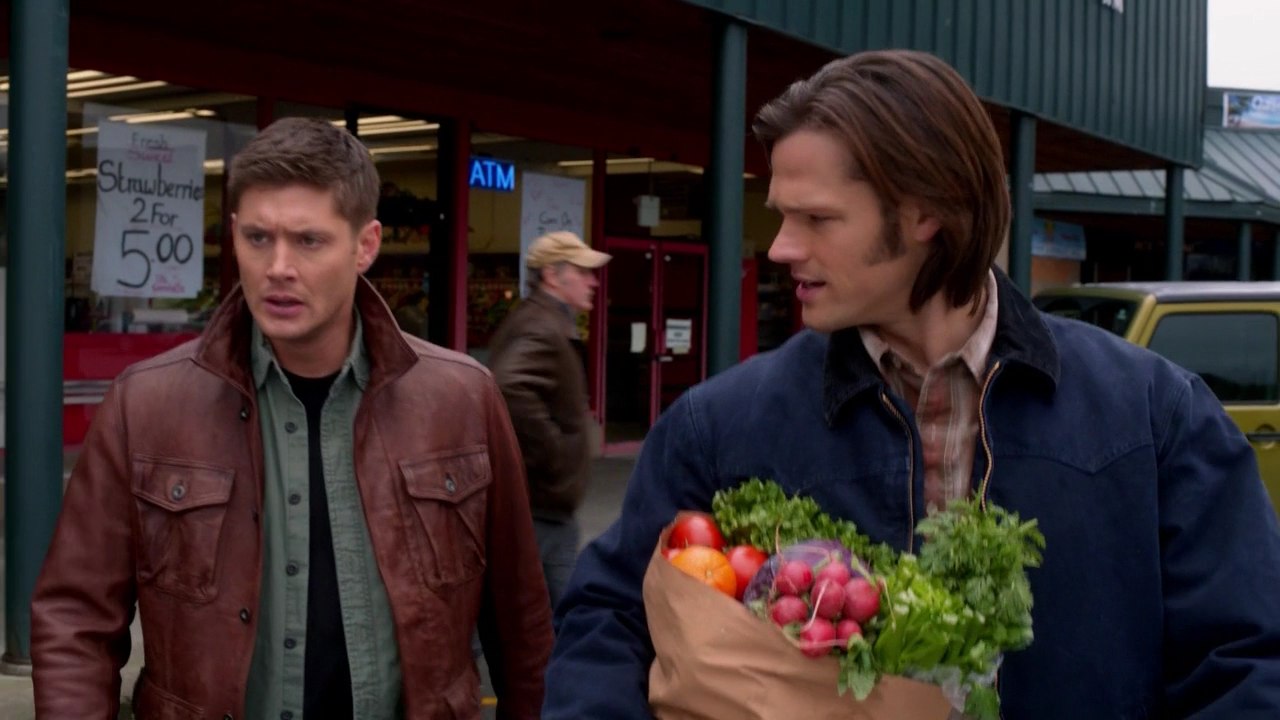 You’d think, with a whole world filled with happy meals on legs, that the supernatural creatures would be happy for Roman’s little plan. Not so much. Roman’s not about to let any other monster hone in on his supply, so the corn syrup has a double-effect. While it makes humans mentally dull and out of touch with reality, it also creates a toxin in their blood that will kill any supernatural creature around. No werewolves or vampires are going to get a free meal out of this. All they’re going to get is a painful death. It’s an interesting game plan and one that I expected from Richard Roman. He’s not about to let his competition get a leg up on him. He uses others to get what he wants and then stabs them in the back.

We learned that Roman had a temporary deal with the Alpha vampire, which is the one creature that Dean and Sam need to help them build their weapon to defeat the Leviathans. I’m all for seeing the Alpha vampire again because I like him a lot, but the situation as a whole was tense. Leading up to their meeting, the warning signs were flashing in neon. The virgin, who was captured when she was eight and kept in captivity for the past twelve years so that the Alpha could have a supply of virgin blood? Who didn’t see the double-cross coming? And maybe the Stockholm Syndrome made her a lost cause, but it did create a moral dilemma for the boys. They could fight for the girl, trying to rescue her from her plight, or they could take the Alpha’s offered blood and go save humanity. The good of the many outweigh the good of the one. At least they got the boy out, which was something, but still there is no room for defined moral lines anymore. They’re at war and sacrifices must be made. However, I did get a smile out of the Alpha’s parting line. 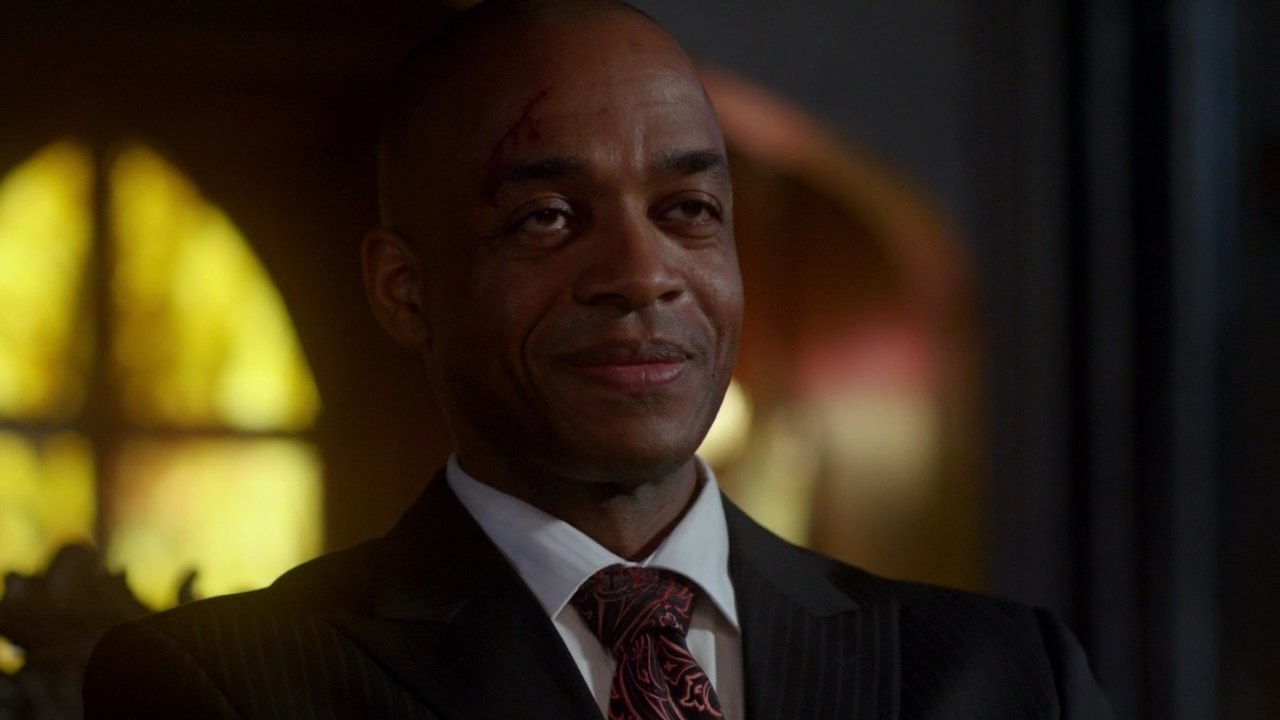 "See you next season."

While all this is going on, we’ve also got to deal with Bobby. He’s still creepy and he’s only getting worse. Sam knows that their adopted father is going darkside, even if Dean wants to hang onto the hope that they can save him. After his actions this week, I think they both know what they’ll have to do, which makes me sad. It’s one thing to get a little angry and break a mirror or attack the man who killed you while venting your frustration. Those are understandable and forgivable. However, it’s a whole other thing to possess the maid, steal the one item that’s keeping him tied to the world, and make a break for it wearing an innocent woman’s body. You remember who did that before? Ruby! And look how that turned out. Bobby’s been edging closer and closer to the edge, turning into a vengeful spirit, but we all hoped that he could find his way back. Now, with his choices made, I’m not sure there is much hope left. The boys might have to take him down, for the good of everyone.

So where does this leave us? Well, Dean and Sam have two parts of the three-blood combination they’ll need. The only piece missing is Crowley, who promised to give up his bodily fluids last. Not that I trust Crowley, since he’s out for his own gain the same as Meg is, but as long as that coincides with the Winchesters they’ll be okay. That has yet to be decided, though, since Roman has called Crowley to his office for a chat. Will the King of Hell remember Roman spurned him before or will he take the better offer, if it’s given? And how many characters will we be saying goodbye to in the finale? Meg? Crowley? Cas? Bobby? Will the only ones left standing be Sam and Dean and the Impala? We’ll find out in a week!