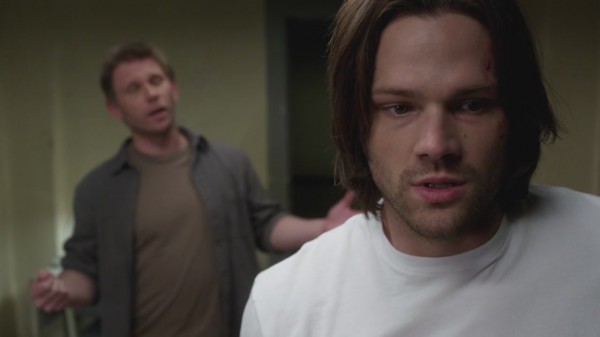 All year we’ve been watching Sam become a ticking time-bomb, edging closer and closer to a breakdown. Finally, the poor man cracked and ended up in an asylum with Lucifer riding shotgun. And Dean, doing what he always does, searched high and low for a solution to save his brother from permanent insanity. What he found instead was a savior with a familiar face. This week’s episode was solid from start to finish, with each character playing their part and turning out stellar performances all around.

First of all, Sammy went crazy. We knew it was coming, especially when he started fighting Lucifer with the power of sleep deprivation. He was just so tired and all he wanted to do was rest, but if he did that it would let Lucifer play havoc in his mind. Except, he’s already doing that, so I didn’t understand Sam’s rationale there. Awake, asleep, Lucifer’s still going to drive him insane. But Sam had a plan and we hung on with hopes he knew what he was doing. I’m sure getting hit by a car wasn’t quite what he had in mind, though. Neither was getting committed to the psych ward. And when the doctor asked a direct question of Dean, trying to get to the root of the problem and help his patient, it’s not like the elder Winchester can lie. Sam’s been going slowly insane for months now, it’s just the insomnia thing that’s new and pushing the insanity to a whole new level. It’s a messed up situation all around. 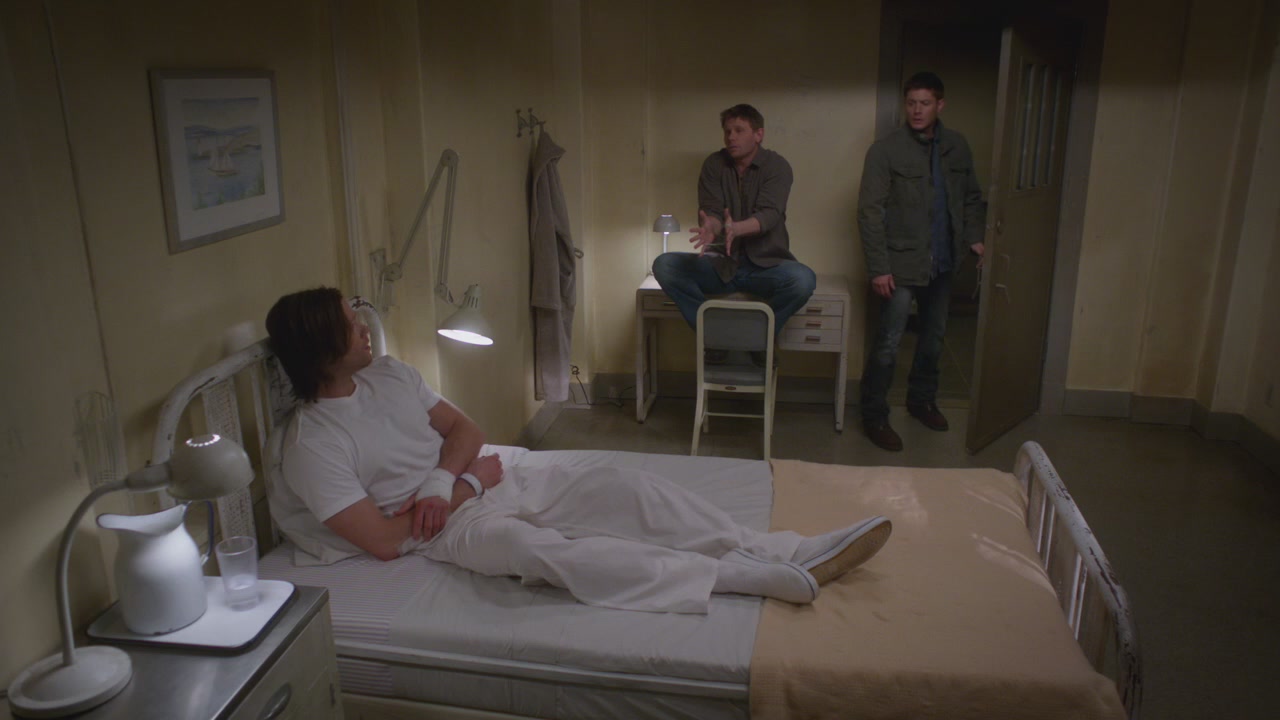 Dean couldn’t keep his little brother company all the time, since he had to spend his time working on a way to save Sam from his own mind, but never fear because Sam’s never alone. He had his constant companion Lucifer by his side. And the devil was so great in this episode. I felt bad that Sam had to suffer through the constant barrage of torture that Lucifer was throwing at him, but weren’t those taunts entertaining? Singing and firecrackers and self-diagnosis were just a few fun attempts that Lucifer made in order to keep Sam on the other side of sanity. When the devil is your show’s comedic relief, I think you have a winner. However, a few of the hallucinations were a bit disturbing. The show has used maggots in food a number of times, but I never want to see that again. Very disgusting. No wonder Sam didn’t want to eat the cafeteria food.

So, while Sammy was locked up in the psych ward, Dean was off trying to find any avenue that might save his brother. First he got help from Spirit!Bobby, or whatever we’re calling the breeze this week. This entity has drunk Dean’s beer, rearranged the papers to give the guys a lead, and now it’s knocked a calling card out of the journal so Dean could get headed in the right direction. It’s got to be Bobby, right? Or is this all a misdirect and something more sinister is going on? I want to believe it’s Bobby. They salted and burned his bones, giving him a nice hunter’s funeral, but Dean’s still got Bobby’s flask, so the man is hanging on. I live in hope. 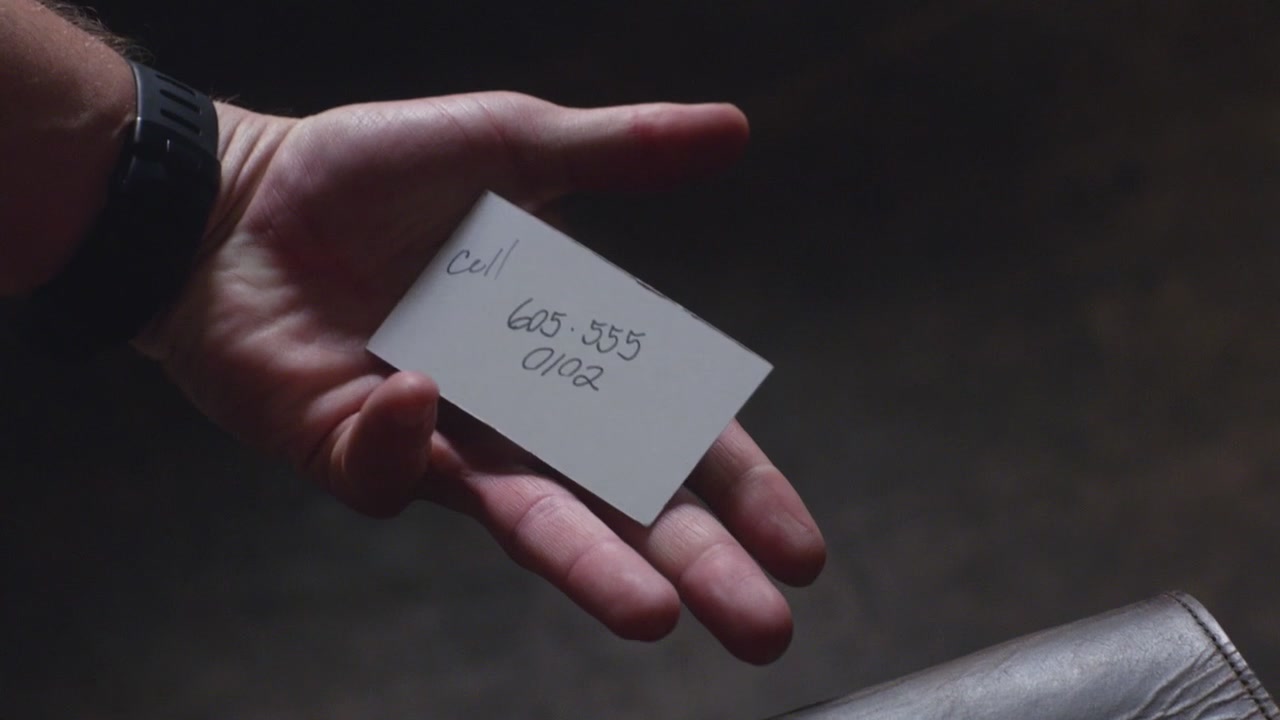 Anyway, Dean’s lead turns out to be a man named Emanuel, better known as Cas with amnesia. I think the angel’s return was one of the most anticipated aspects of the episode, second only to seeing Sammy crack. Crowley’s already got his sights set on this new player in the game, not knowing it’s Cas, and I’m sure Heaven would like to get their hands on him, too. This was made much more dangerous by the fact that Cas had no idea who or what he was. He emerged from a lake with no clothes and no memory, now he’s got some stranger telling him demons are real and this woman they’ve picked up along the way is one of the good ones. I’d be a little bit mistrusting of the situation if I were Cas.

The conversation he and Dean had in the car was awkward, but good, because Dean could finally get out all these emotions he’s had built up over Cas leaving. The angel he once considered family broke his brother. It’s not easy to forgive. The only bit of that plot-line that I didn’t quite understand was why Dean had to stop for beer at that moment, leading him to the whole demon-killing scene. Was it just to highlight the fact that Dean’s a heavier drinker now? Yeah, he continues to be a depressed suicidal alcoholic. I guess we’re getting back to focusing on that issue again and it was a reminder for the audience. I’m not really sure because all I got out of the whole thing was my happiness over Meg’s return. I missed her snarky self. 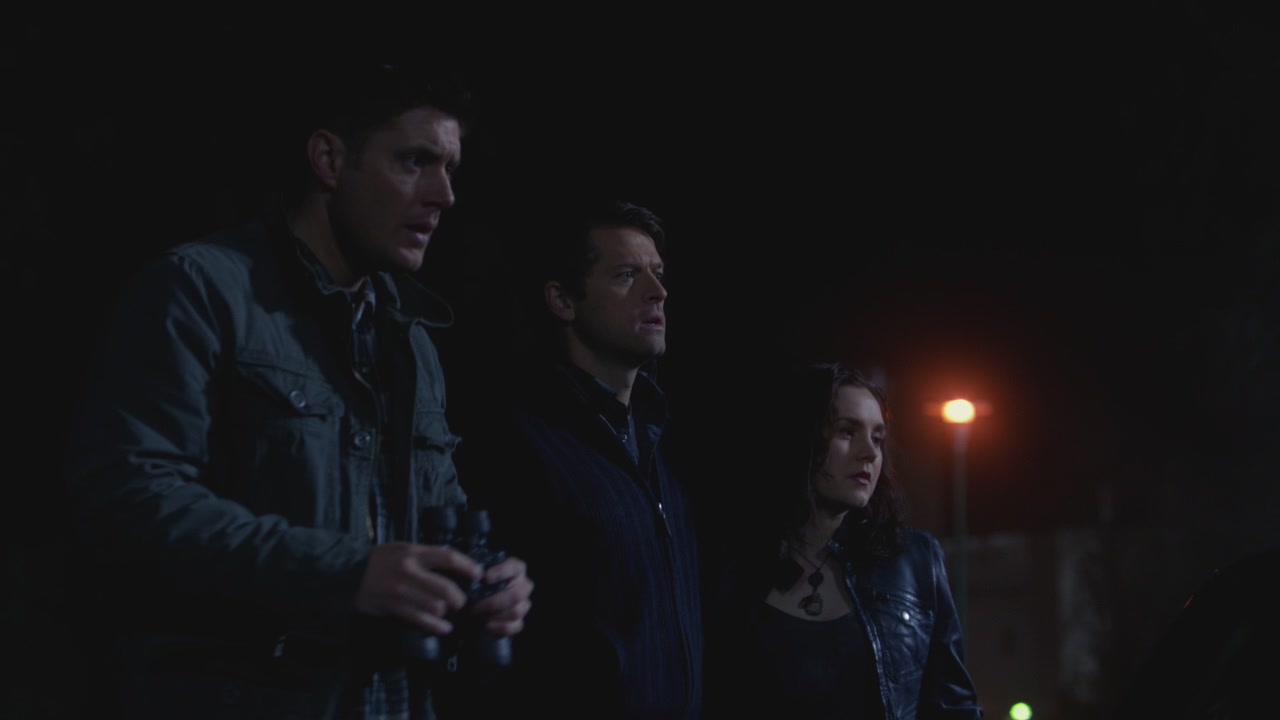 While that complex family and friends reunion was going on, Sam was back at the asylum going steadily more crazy. And not only did he have the ability to find a case, he managed to banish a ghost in the middle of a psychotic break. Sam Winchester is hardcore. But dealing with angry spirits is a whole lot simpler than dealing with an angry Lucifer. The sleep deprivation caught up to him, his fingernails started falling out, and the only help the medical staff could give him was electroshock therapy. His outcome was not looking good, especially since a demon was in control of the therapy. Sam needed a miracle, he needed Cas, but the angel wouldn’t do him any good unless he could remember who he was. So, Meg and Dean had to push Cas into embracing his forgotten past. All those memories came flooding back, allowing him to become the BAMF we knew and loved. One touch and he could rebuild Sam’s wall, returning the younger Winchester to a life of sanity as long as he didn’t scratch it yet again. Oh, if only it were that easy.

Sacrifice is the Winchester way, and Cas used to be an honorary Winchester, so he’s just continuing the family tradition when he offers up his solution. I totally agree with what Cas did and I was happy with it. He broke Sam, he brought on a multitude of destruction for this world, and he wanted to make amends. Shifting the hallucinations to himself, making him be tormented by Lucifer and stuck in an asylum, may seem like a cruel fate, but it’s actually the best option right now. Everybody from Heaven and Hell is going to be looking for Cas if word gets out about him, so sticking him in a psych ward with no one the wiser is keeping him safe. Meg’s watching over him, which makes me believe Cas isn’t going to be stuck there for long, but for now it’s okay. It’s not a happy solution, but it’s the best thing for everyone at the moment. 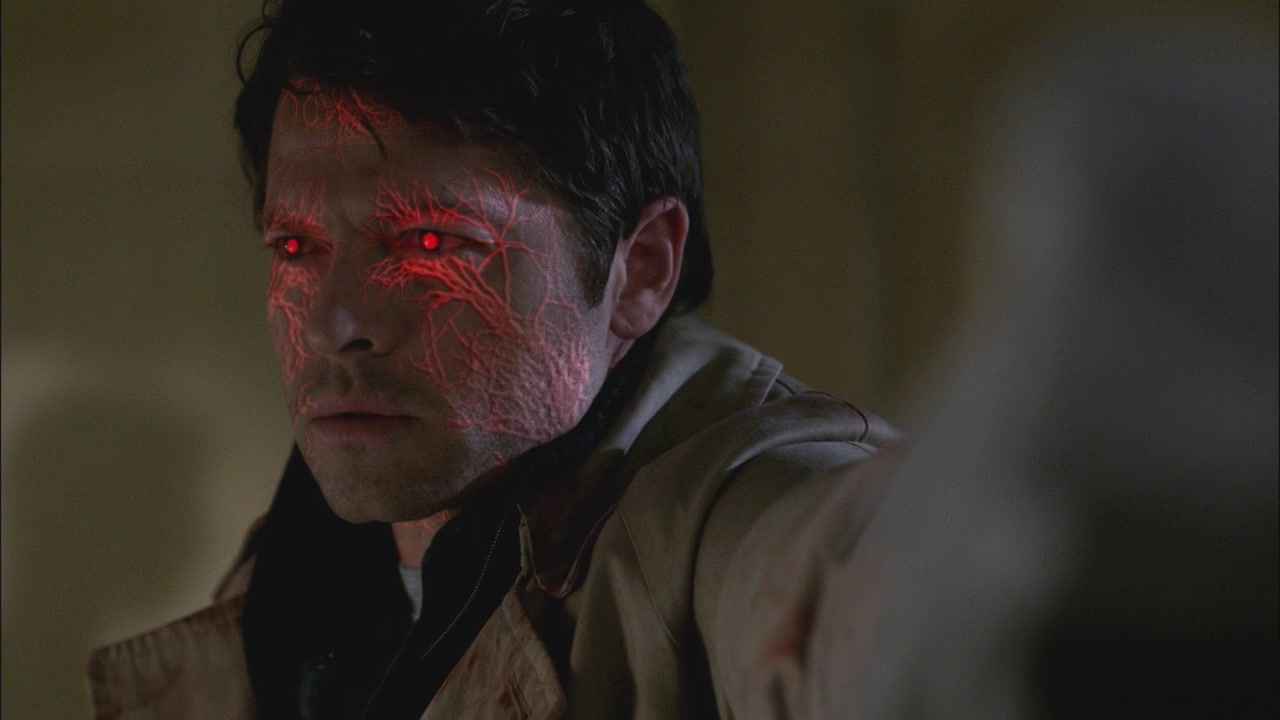 One final thought on Cas’s return, more specifically the symbolic gesture that took place between him and Dean, and that’s concerning the coat. It was touching, I’m not saying it wasn’t, but there were two things there. First of all, these boys have switched cars every week. Dean has packed up their trunk, along with that coat, for six months, carrying it with them wherever they went. Talk about lingering issues. “Hi, I’m going to carry around the bloody trench coat of my fallen friend, who I haven’t forgiven, but I miss like crazy.” And then he gives it back to Cas and the angel puts it on. I know it’s a defining feature of who Cas was, but it was bloody and nasty and he didn’t really have to wear it. Oh well, the passing of the coat, the passing of the issues, the passing of something monumental. Everyone’s so broken, but I love them lots. I look forward to seeing where they go from here.