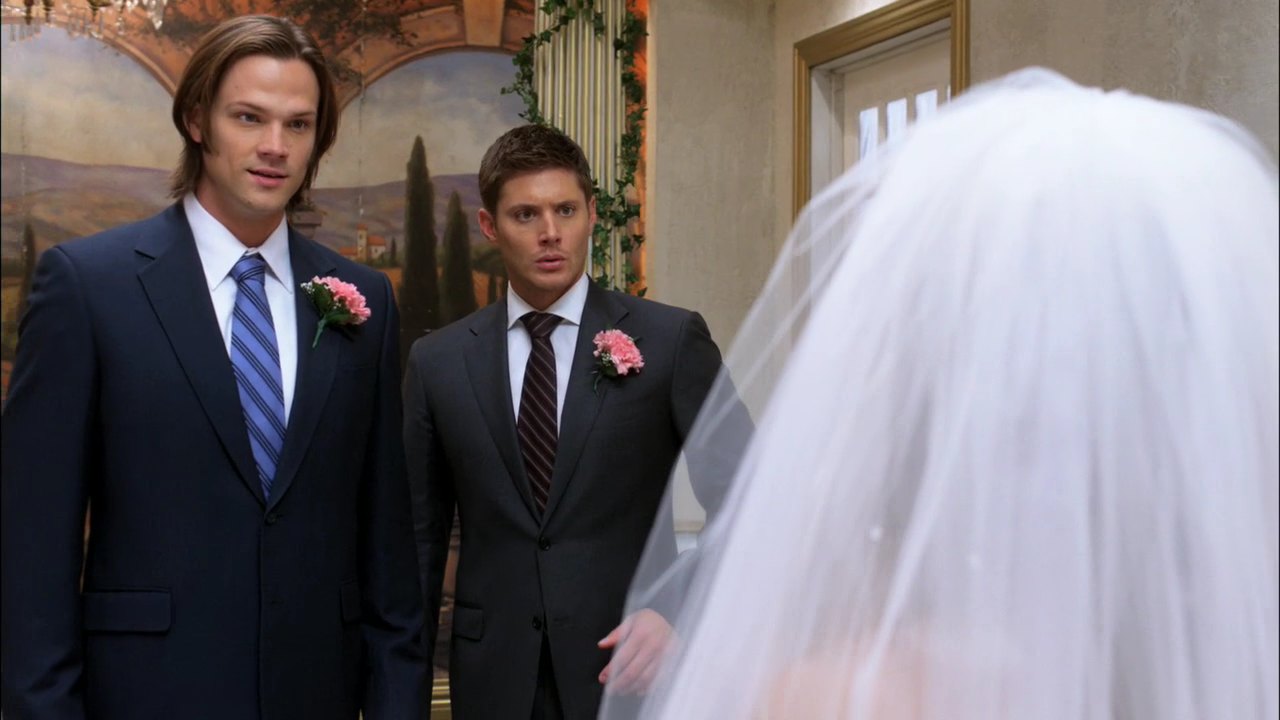 Spread the news! Sammy’s getting married! And he’s called his big brother in to serve as Best Man. Wait, what? That was the reaction of Dean and it was the reaction of Supernatural viewers as we began what may rank as the strangest episode to date. The big question we all had, going in, was who could the bride be?

I ventured my guess as to who the future Mrs. Sam Winchester would turn out to be, thinking it might be Becky for the meta episode of the season, and I was spot-on correct. I did not make this guess based on plot clues from earlier in the season or by thinking about the implications of what a marriage would mean for the Winchesters’ brotherly relationship. No, I guessed it was Becky solely on how tall the veiled bride was in the previews. True, compared to Jared and Jensen, everyone’s tiny, but Becky fit the height differential best. 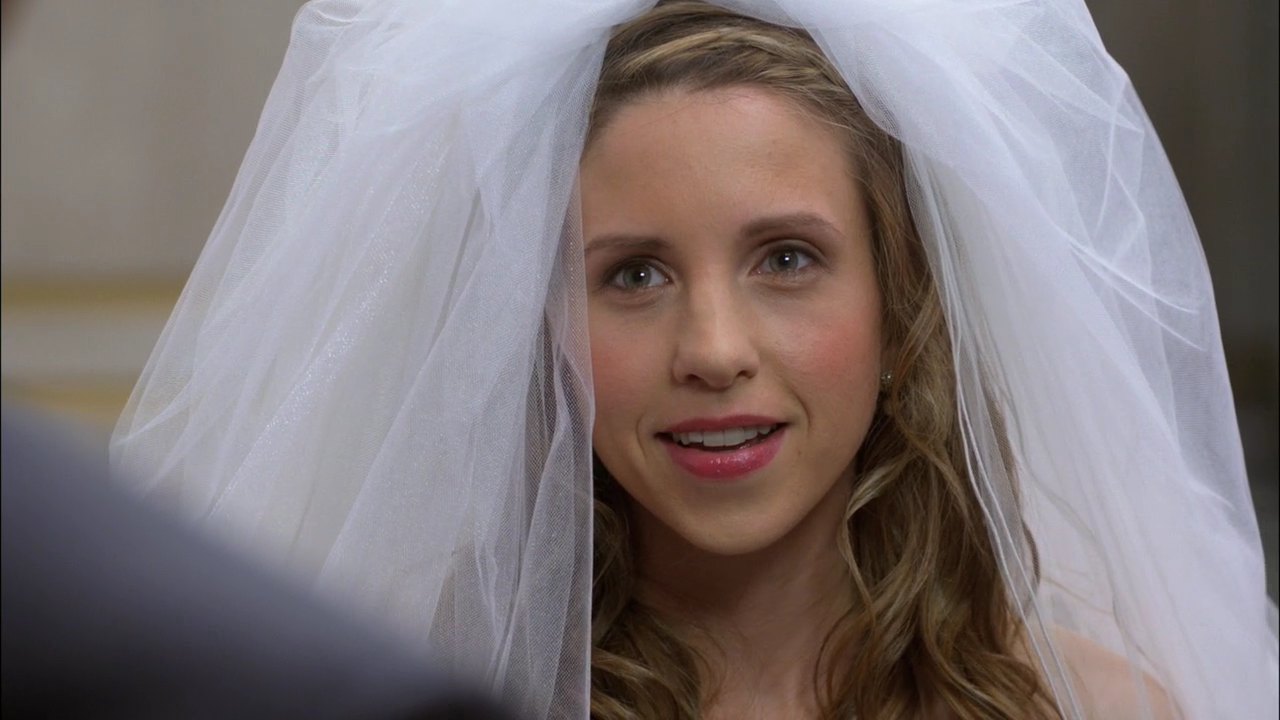 She also fit the plot integration best, too, because this sudden marriage couldn’t be based on anything from reality. Of course it was Becky, and of course she used a love potion on him. It’s the only way Sam would agree to marry her, especially in such a short amount of time courting. But how she handled her delusions in this episode was a little touchy for me, considering the role she’s supposed to represent in terms of fandom and the object of fandom’s affection.

I’ve always liked the meta episodes and I’ve never been offended by Becky’s representation as laughing along with fandom as an inside joke. However, she’s seemed to cross the line into scary fan territory now. She had a fling with the creator of her fantasy, then she moved on to zeroing in on Sam as the object of her desires when she found out her fantasy boyfriend was real. And now she wants to make him love her, against his will, and she’ll use magic to do so. There were a ton of implications towards not only control, but attempted rape. When Sam sought to get away and call Dean, as he was coming out from under the spell’s power, she hit him over the head with a waffle iron and then tied him to the bed, removing his pants, in a scene reminiscent of Misery. It was taking the fan joke too far this time. I’ll be happy if we’re done with Becky forever if this is the path we’re going down. 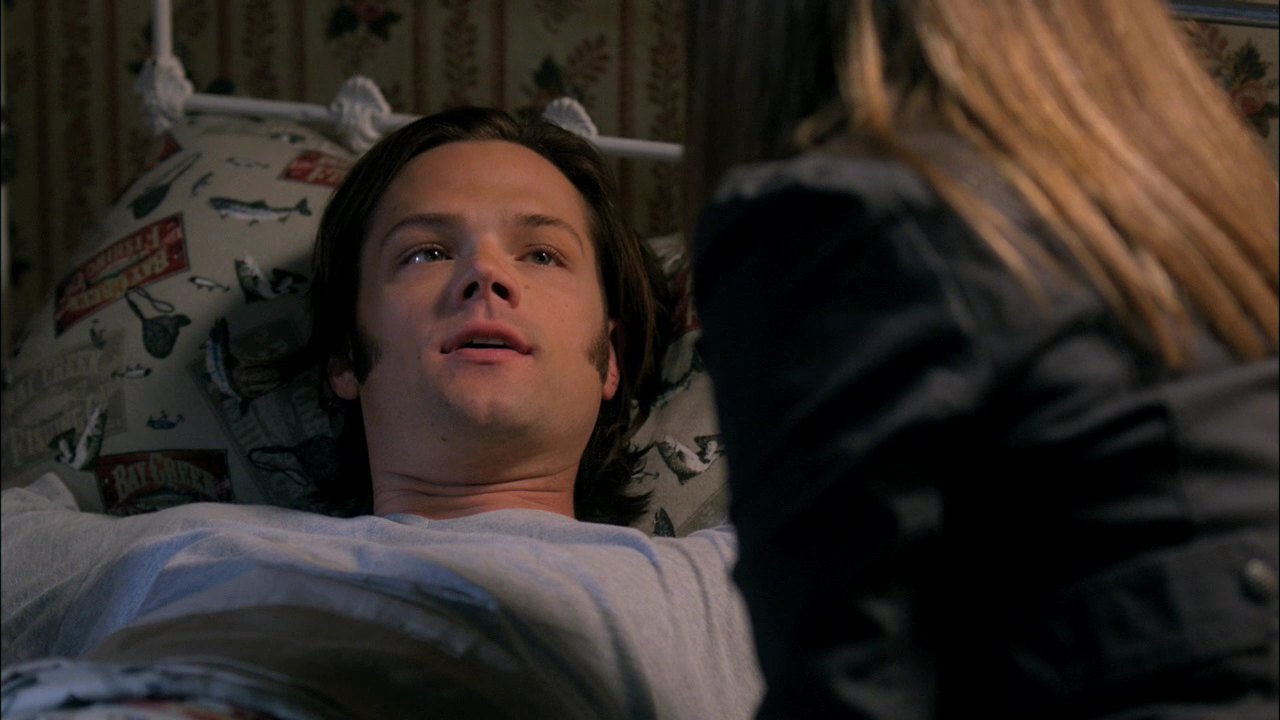 "If you want somebody to love you for you, maybe don't drug them."

But removing myself from the icky implications of that situation, I did find some humor in the larger context. Most especially, I adored that Dean basically called Sam out for his deadly results with ladies. Fandom refers to this as the “Sleep With Sam Winchester and Die” syndrome or, in more basic terms, “Sam’s Penis of Death.” Think back to all the women who have slept with Sam and then perished: Jess, Madison, Ruby, and a whole slew of women in Bristol, Rhode Island according to the episode “Unforgiven.” Fortunately, Becky did not progress far enough to consummate their marriage, so she escaped with her life.

I also laughed, yet cringed inside, with the whole waffle iron situation. Dean’s trying to be the supportive brother and pretend that he cares, going so far as to give them a waffle iron to start their lives with, but then Becky takes it and turns it into a deadly weapon. Sam Winchester does not need anymore damage done to his brain than has already occurred. He’s dealing with hallucinations, he has a hard time figuring out what reality even is, and now we’re going to pile hallucinatory substances and brain damage on top of it? Let’s not, okay? Keep poor Sammy’s head as safe as possible. You never know what might trigger another attack where he’s facing down Lucifer or seeing disemboweled bodies hanging around him. 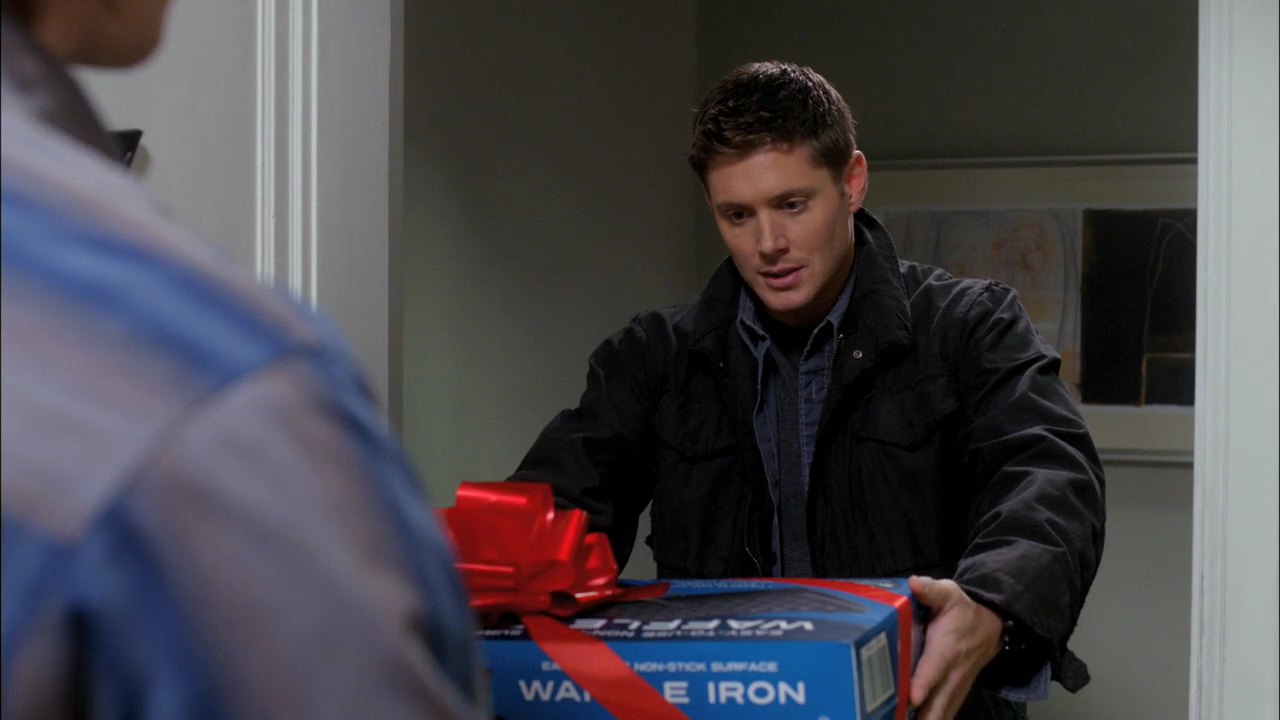 “It’s a waffle iron. Nonstick. Yeah, you just, uh…you know, I actually don’t know how to use it. Are we good?”

And we got surprise Crowley at the end of the episode, too, which is always nice. Not just that, he has a beard now, and looks like he’s been run over by life way to many times. Life is hard in Hell, especially when you’re trying to fend off demonic attacks on the Winchesters to keep the boys safe and free to hunt down the Leviathans. You see, they have a common goal. Dean and Sam want to kill the Leviathans and Crowley wants to see them dead, after he was basically dismissed by their leader as not being worth his time.

I love that he’s going to make an example out of Guy, the Crossroads Demon that couldn’t follow the rules. If the demons can’t be trusted to hold up their end of the bargain, who’s going make deals with them anymore? I also appreciate that demons are backstabbers who will seek out anyone that serves their own purposes. Guy thinks he’s got a perfect minion in Jackson, when actually the demon’s feeding Crowley information to double-cross his boss. You can’t trust anybody these days, can you? 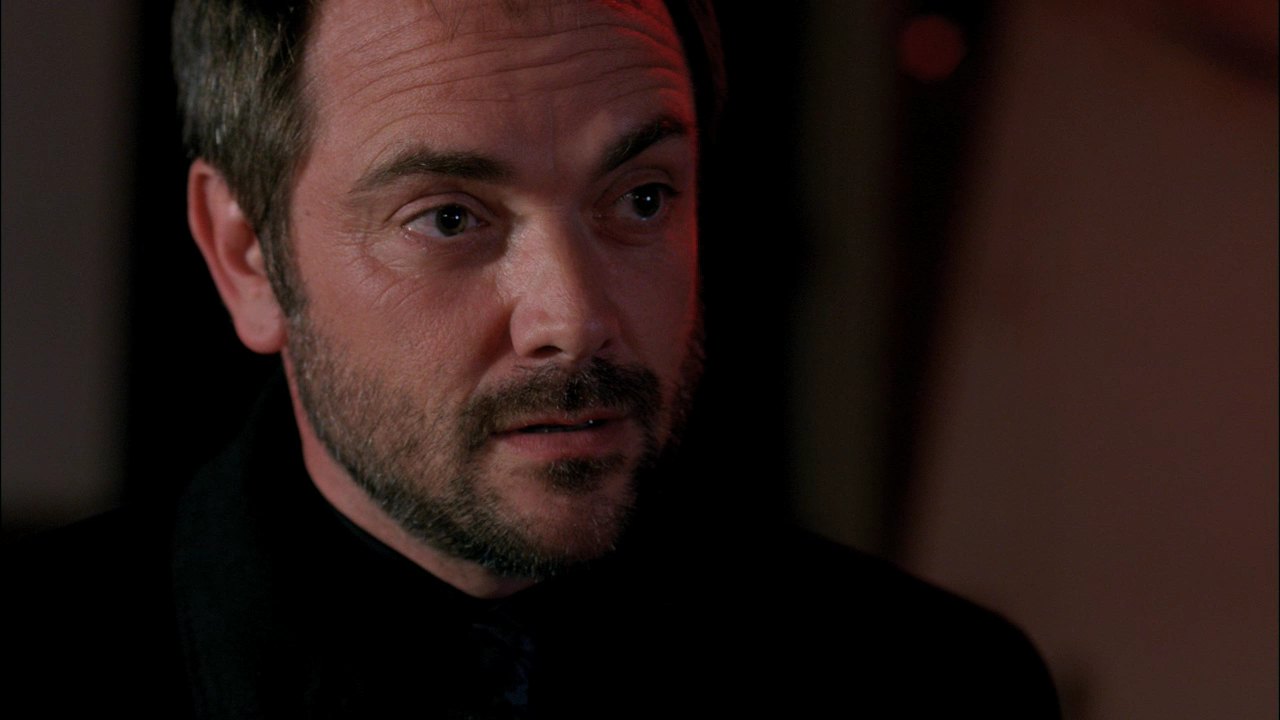 “This isn’t Wall Street, this is Hell. We have a little something called integrity.”

So, it was a good one-off episode that had some uncomfortable moments. I’m happy to see that the boys are together and dealing with each others’ issues, in whatever way they can accomplish that. And I was also happy to see the return of John’s journal, albeit briefly. I’m hoping that since they’re trying to deal with more urban myths this year, they can rely on their dad’s knowledge even more than previously. He might not have a lot to offer in terms of angels and the apocalypse, or Leviathans and their method of destruction, but he knew a lot about monsters and they can still learn a thing or two from their dearly-departed dad. They’re going to need all the help they can get!