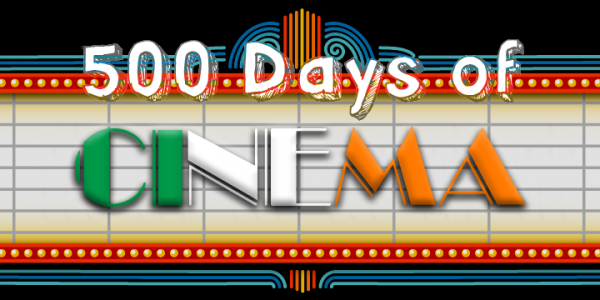 Throughout the course of the 500 Days, I will be visiting every cinema and every screen in the Republic of Ireland, but the first 21 days were pretty much spent in the confines of Dublin.

I started off in a cinema that I love, watching a movie that I love with friends that I…. like as friends. On the 23rd of September in the IMC Cinema in Dun Laoghaire (pronounced Done Leery) I watched the re-released Jurassic Park. The movie, of course, was amazing and we got to see it in the newest screen in the IMC, which I’d never been to before so I was quite happy.

What I didn’t post on the 500 Days Blog at the time was that for the first week, I was at home alone, minding the house and minding the dog. I’m not particularly paranoid, but I didn’t want to broadcast that my house was going to be empty for a lot of the week. With that reasoning in mind, I spent most of the first week staying as local as I could. 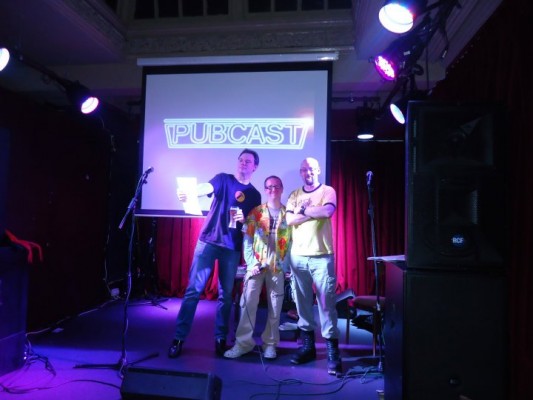 The first week was punctuated by something that I and my fellow Pubcasters had been working on for quite a while: the Pubcast Shindig for Equality Now. The Shindig consisted of a screening of Dr. Horrible (in a bar, so it didn’t count as part of the 500 Days challenge), a raffle, and a pub quiz. The night went brilliantly well and all involved had a great time, but it meant that I had to use an “Intermission Day” during the first week, and the next day we all had to struggle to stay awake during Red State. The movie was really enjoyable — we were all just really tired after the extreme high of Shindig the night before. Though I will admit to having a pint and buying a few comics before the movie. 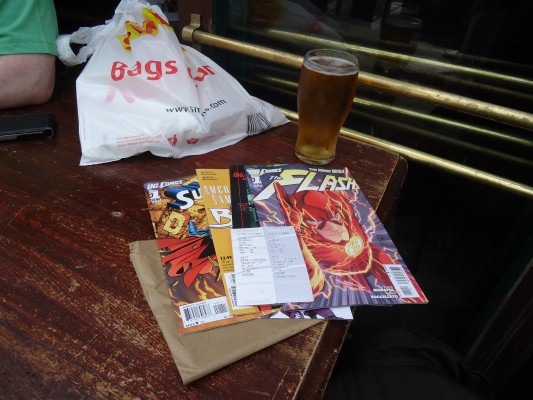 At the start of the second week, I went a bit further afield. Years ago, I played golf down in Arklow Golf Course in Arklow, County Wicklow. It’s about forty miles south of where I live, and over the years that I played golf down there, I must have driven through Arklow hundreds of times, but until I had cause to visit the cinema in Arklow, I had never actually set foot in Arklow apart from the Golf Course. It was a very strange thing to set foot on ground for the first time that I’ve travelled so many times for the intent purpose of see The Smurfs. It was also a very strange thing to be there at 11.30 in the morning and realise that nowhere was actually open yet. I think that my time spent outside Dublin may be an eye opening experience. But that’s part of the point of this. 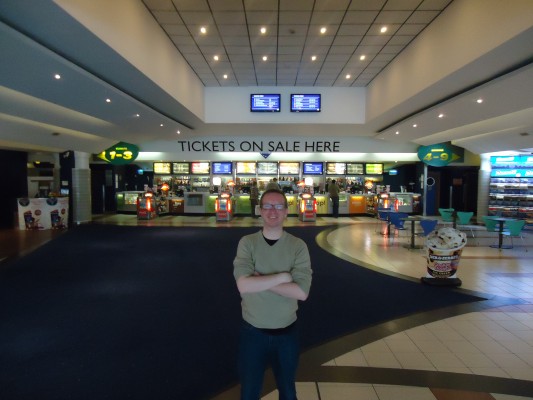 During the first 21 Days, I got to see classic movies, bad movies (I detested Drive), surprisingly good movies, a 3D movie, a movie with Olivia Wilde, and I even managed to score tickets to the Irish premiere of Real Steel.

One thing which I did during the first three weeks, which I may still live to regret, was let myself get talked into going to see the Twilight movie when it comes out next month. I’ve had some appealing offers of company to the film from fans of this franchise, but I think this is something that I should do alone. The reason that I’m going to see the movie, by the way… is so I can give a full review of the movie.

In no particular order, the movies I saw and the cinemas I went to were: 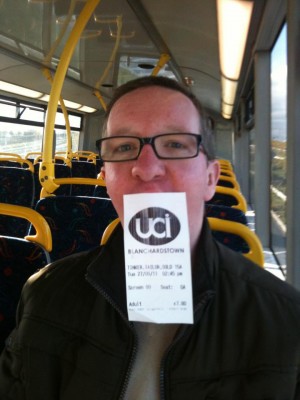 Although there are a LOT of screens left in Dublin, I’m already at the stage in IMC, Cineworld, and The Screen Cinema where I have to check what screen a movie is showing in. I can’t afford to play the odds anymore in those cinemas. But if it was too easy, it wouldn’t be a challenge.

In the next couple of weeks, once Halloween and the October Bank Holiday are a distant memory, I’m going to start travelling outside Dublin more for 500 Days and see what trouble I can get myself in to in the far off parts of Ireland. 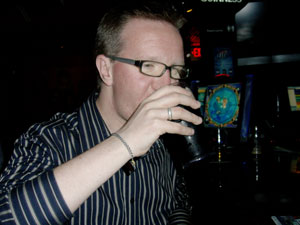