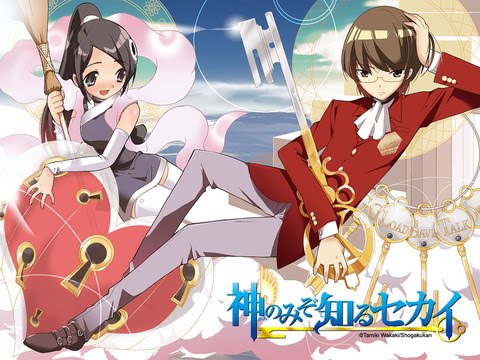 The World Only God Knows

Hey there, fans! This week, to continue my foray into the world of the fall anime season, and, just like last time, I’m choosing brand-spanking new shows. So, with that in mind, this week’s show is focused on something unique to the otaku culture: dating sim games. However, what’s great about this particular anime is the balance between the silliness that it delves into and the shoujo mushiness and heart. Not that I’m saying that it’s a perfect anime, of course, but it does make a relatively decent one. Let’s dive into The World Only God Knows.

Keima Katsuragi is known as the “God of Conquests” as he obsessively plays (and completes) dating sim games, to the point that he is constantly being heckled and jeered as an otaku or a “otomegane” (literally translated as “glasses boy”). He’s oblivious to the world around him, happily rejecting the real world for the virtual ones contained in these games. He also rejects the real girls around him, as he finds them inferior to girls in his games, who follow the “rules” of the perfect girl of each type. However, in the midst of cleaning the roof of his high school, he accepts a challenge brought to him by a “Dokuro Skull.” Suddenly, the sky darkens and cute demon named Elucia de Lut Ima (a.k.a. Elci) appears. It turns out that Keima has inadvertently signed a deal with a demon, and both Elci and Keima must hunt down and gather loose souls trapped in girls’ hearts, or lose their heads in the process. But here’s the kicker: the girl must fall in love with Keima in order to kick the soul out. So, as Keima tries to use what he learned in dating sims to seduce real girls, hilarity ensues. 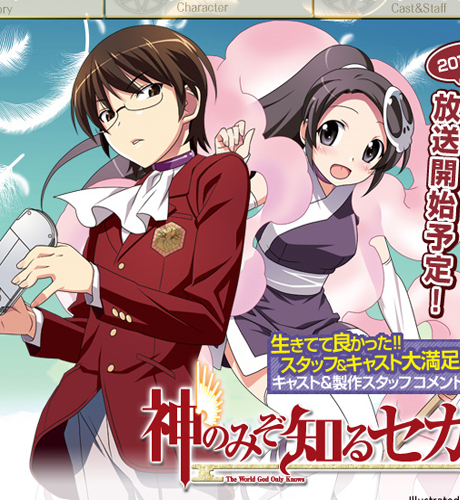 I mentioned before that what makes this anime great is the balance between the silly and the serious. As Keima’s basis for every one of his girls that needs “conquering” is found in the the world of the dating sim, the methods he uses to do so (aided by the demon Elci) get rather silly. However, when the background music suddenly moves at a gentler tempo, the chemistry between the characters suddenly clicks into place, and even Keima suddenly becomes as suave as any male lead in a shoujo when it happens. It’s cute how the girls suddenly fall for the dweeb in the class when he actually puts in the effort to pursue them. The characters, who really drive the show, are also written well: Keima is not the stereotypical nerd, and he actually looks good without his glasses; Elci is adorable, but not too cutesy; and all the girls that Keima pursues are balanced and not too stereotyped. Also, the jokes get a little meta at times, to great comedic effect; when Elci tries to be a good little sister to Keima, she serves him food that Keima believes, as the trope goes, will be horrible. It wasn’t, initially, although he does get horrible stomaches as a result, almost averting the trope (“almost” being the operative term). 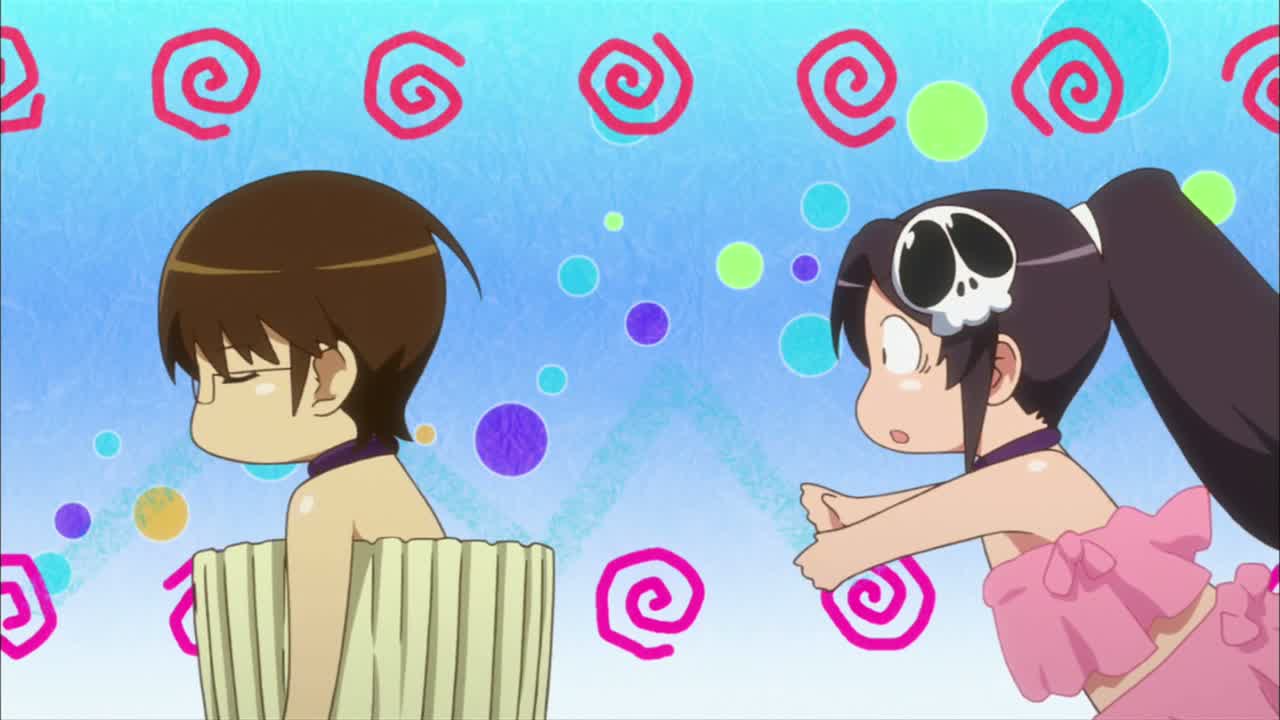 A decent romantic-comedy anime that pokes fun at all the little tropes that run the shoujo genre, The World Only God Knows is a decent start for anyone interested in getting into the romantic anime genre. While there are better shoujo out there, as are there better comedies, this anime bridges the gap well. I’d recommend it to anyone who likes their laughs laced with cute girls. The World Only God Knows is available on Crunchyroll.

Next week, I’m tackling one of the most controversial new releases to come out of the doors of the legendary Gainax animation studios. Care to guess which one? Let me know in the comments!