It’s been a while since a young adult book series has been both wildly popular and exceptionally well written. The Hunger Games fills both of those requirements and is well on its way to becoming a major motion picture series. This week’s Fan Art Friday is all about the characters and concepts from the three novels. Beware that some of the art may hint at some spoilers from the books. Follow the links to see the full artwork in the artists’ galleries. 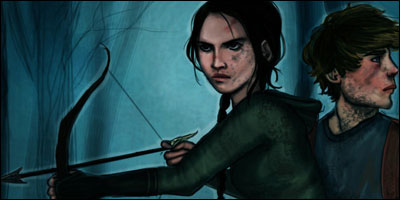 The Hunger Games by briarthorn Let the Games… Begin by bunnychan13 Finnick and Annie by Bleunite The Hunger Games: Burn With Me by damnskippy The Hunger Games: The Cave by Fidz The Hunger Games by julvett The Hunger Games: Damages by SimplyDelightfulx