Contest: Win The Shop Around the Corner on Blu-ray! 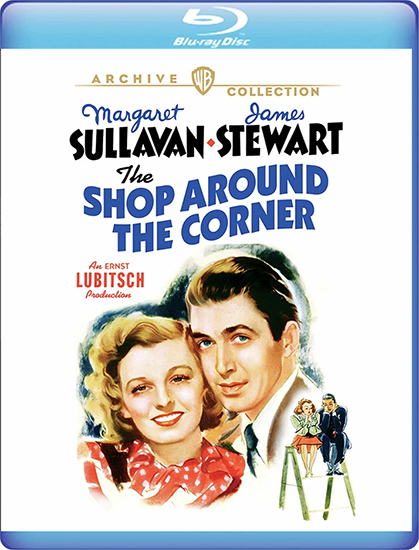 Ernst Lubitsch adds his unique style of directorial aplomb to this timeless love story that marked the third of Margaret Sullavan and James Stewart’s four film appearances together. A 1936 play by Nikolaus Laszlo called “Perfumerie” was the basis for this timeless love story set in a Budapest shop. With a witty screenplay adaptation by Samson Raphaelson, Stewart and Sullavan play bickering gift-shop workers Alfred and Klara, unaware that they have fallen in love with each other as secret pen pals who only know their respective correspondents as “Dear Friend”. The charm of the stars ably supported by a sterling supporting cast headed by Frank Morgan make this timeless classic one to enjoy over and over again. The story was later filmed as “In The Good Old Summertime” with Judy Garland and Van Johnson in 1949, and as “You’ve Got Mail” in 1998. It was also the basis of the 1963 Broadway musical favorite “She Loves Me”. Beautifully remastered from protection film elements made right from the original nitrate negative, this new Blu-ray presentation of the original 1940 classic is a joy to behold.

The Shop Around the Corner is now available from the Warner Archive, and we have one copy of the Blu-ray to give away to a lucky winner! You have from now through midnight Eastern time on the night of Friday, January 8, 2021, to get your entries in. Take a look at the form below to see all the ways you can enter.

The Shop Around the Corner