Contest: Win Longmire: The Sixth and Final Season on DVD! 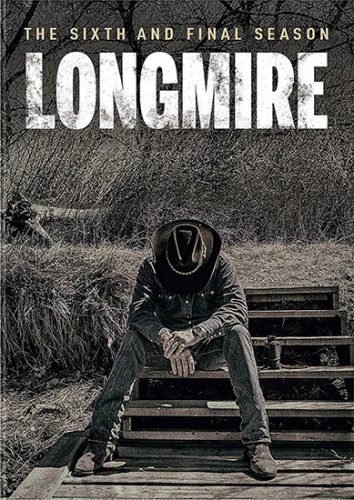 Prizing for this giveaway was provided by Warner Bros. Home Entertainment.

Season Six of Longmire finds Wyoming Sheriff Walt Longmire (Robert Taylor), his deputies Vic Moretti (Katee Sackhoff) and The Ferg (Adam Bartley), his best friend Henry Standing Bear (Lou Diamond Phillips), and daughter Cady (Cassidy Freeman) facing the biggest personal and professional crises of their lives. Walt’s job and home are under threat by a powerful, unscrupulous lawyer. Vic must decide what to do about her secret pregnancy. Ferg struggles to balance a new relationship with his commitment to his job. Cady is torn between her loyalties to her father and Jacob Nighthorse (A Martinez). Henry’s life is in danger with an old nemesis bent on revenge. With their world in turmoil, Walt and everyone he cares about must ultimately face the most difficult decision of their lives: Is it time to pack it in? Or will they fight to the end?

Longmire: The Sixth and Final Season released on DVD on November 20, and we have a copy of the DVD to give away to one lucky winner! You have from now through midnight Eastern time on the night of Monday, December 17, 2018, to get your entries in. Take a look at the form below to see all the ways you can enter.