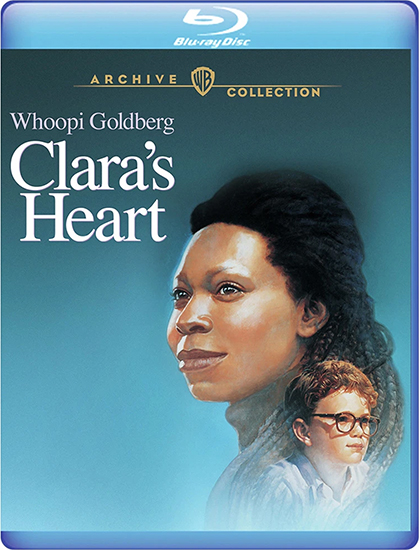 David Hart (Neil Patrick Harris) is a preteen as disillusioned as a 40-year-old and as vulnerable as a 5-year-old. The death of his baby sister and his parents’ subsequent separation have left him despairing and lonely. But he’s about to discover all the love he needs in Clara’s Heart. Whoopi Goldberg recaptures the triumph and joy of her award-winning portrayal of Celie in The Color Purple, starring as savvy Jamaican housekeeper Clara Mayfield. When Clara first enters the Harts’ luxurious suburban Baltimore home, David views her as an interloper and a threat. But Clara’s unshakable dignity and bounteous humor act like sunshine on the tight bud of David’s soul.

Clara’s Heart is now available from the Warner Archive, and we have one copy of the Blu-ray to give away to a lucky winner! You have from now through midnight Eastern time on the night of Monday, September 7, 2020, to get your entries in. Take a look at the form below to see all the ways you can enter.