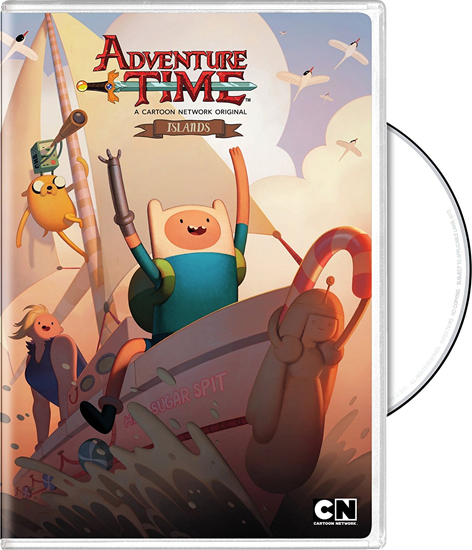 Adventure Time: Islands comes on the heels of Adventure Time: Stakes, the series’ first eight-part miniseries following Marceline the Vampire Queen. Stakes debuted on Cartoon Network in November 2015 to phenomenal success, ranking as the #1 program in its time period with all key kids and boys audiences. Adventure Time storyboard artist Tom Herpich was also awarded an Emmy in 2016 for Stakes’ conclusion, “The Dark Cloud.”

Adventure Time: Islands releases on DVD on January 24, and we have three copies to give away to lucky winners! You have from now through midnight Eastern time on the night of Monday, January 23, 2017, to get your entries in. Take a look at the form below to see all the ways you can enter.