Contest: Win a BBC Prize Pack with Doctor Who, Being Human, and More! 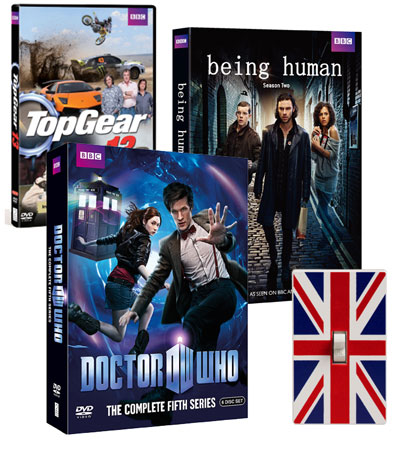 We’re no strangers to running contests around here, but this time we’re upping the stakes by giving away not one full TV season, not two, but three! This is your chance to win a prize pack from BBC including all the following goodies:

Here’s how you can enter for a chance to win:

You’ll get one entry into the contest for each of the above that you do, up to a maximum of three entries. Be sure to enter before the deadline, midnight Eastern time on the night of Wednesday, December 1, 2010.

And don’t forget to check out the other big BBC contest going on right now, where you can win over $1000 in merchandise through BBC America’s Facebook page!