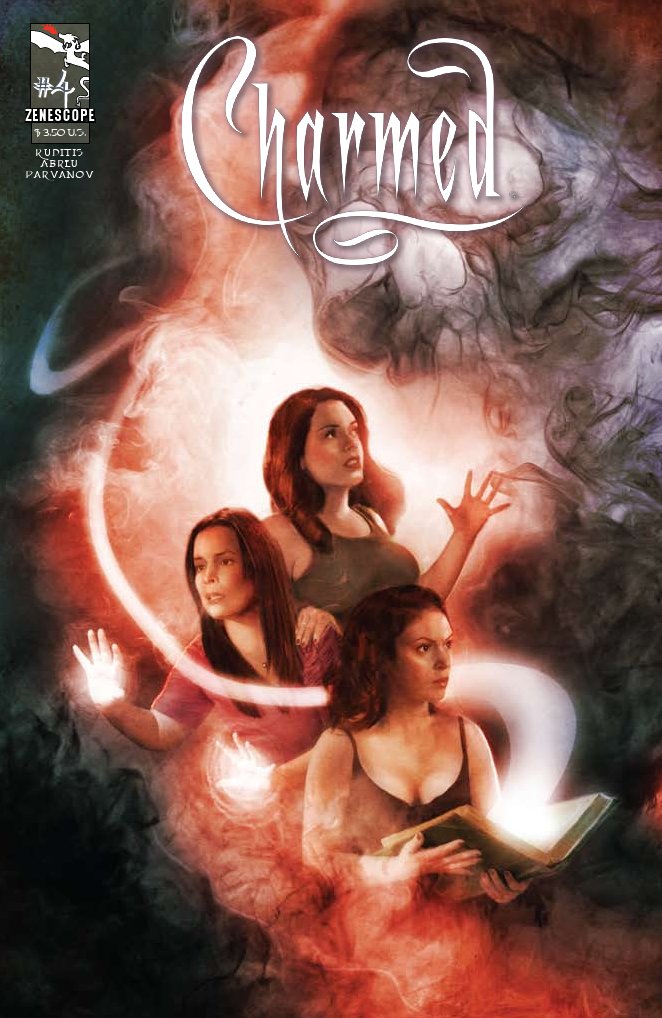 We’re back with another installment of the Charmed comic series. The artwork has a more sketch-like quality in this issue, which may be great for some, but I prefer my lines to be crisp and focused. I didn’t even realize it was Cupid looking through the Book of Shadows until he was called by name. However, the change in art didn’t detract me too much from following the story.

With Innocents in danger, the Charmed Ones have come up with a plan. Leo gets to be in charge of the power-wielding Innocents at Magic School and they’ll house the non-gifted at the manor. It’s unfortunate for Paige and Pheobe that the Big Bad has the ability to take over the young minds anyway. Here’s a tip: it’s bad if one person’s eyes start glowing, but it’s an ultimate disaster if a group of people get the eye glow going on.

Meanwhile, Piper is still searching for the perfect location to house her new restaurant. Priorities: she has them. She’s a bit picky and the real estate agent is growing more and more frustrated with her, but to her benefit she had every right to turn down all the horrid places she was shown. And I agree that, while the last place was a dump, it had charm that Piper could definitely work with. I’m sure she’ll make this a success just as she did P3. But, first, she’s got to fight off the possessed real estate agent. See? I told you glowing eyes were a bad thing! 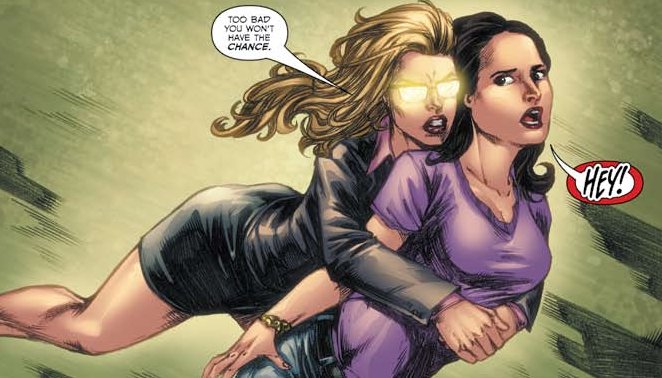 Back at the manor, the guests are getting restless… or they’re possessed. Same difference. And Henry’s fallen under the spell, too. So what do you do with a house full of possessed people? You run up to the attic and hope they don’t break down the door. Poor Piper’s not doing much better with just dealing with one attacker either, but such is the fate of a Halliwell.

And if that weren’t enough, The Source is awake and ready to take down the sisters, so he’s headed topside. If I looked out my window and saw a mammoth, living stone statue, I’d call somebody. Then again, it appears as if the entire town’s getting in on the possession, so there might be nobody left to call. Looks like The Charmed Ones are going to have to deal with this on their own. 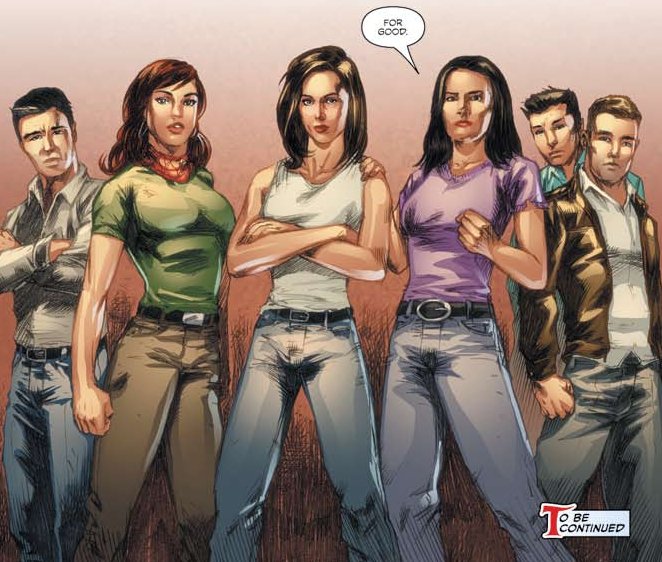 Overall, I liked the developing story, though I’m ready for some action by this point. Yes, we saw Piper use a new power and the whole town got possessed by The Source, but the fight is what I’m anticipating. Though I guess we have to lay the groundwork before the pay-off. Until next time, I await The Charmed Ones and their adventures.